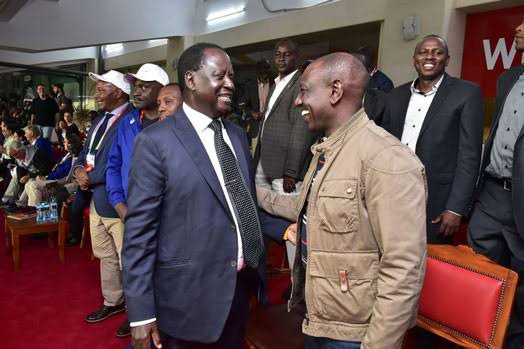 Raila Odinga's popularity in Mt Kenya region has continued to grow as the presidential election nears each and every day.

According to the latest, Raila Odinga's popularity in Mt Kenya region has grown to about 27.1 percent from the below 20 percent that had been released earlier on.

This new survey has been conducted by Mizani Africa and it shows that the popularity of the deputy president William Ruto remains strongest in the region.

Mt Kenya region is among the hot contested areas due to the fact that it is among the areas in the country that has the largest number of voters in the Independent Electoral and Boundaries Commission register. 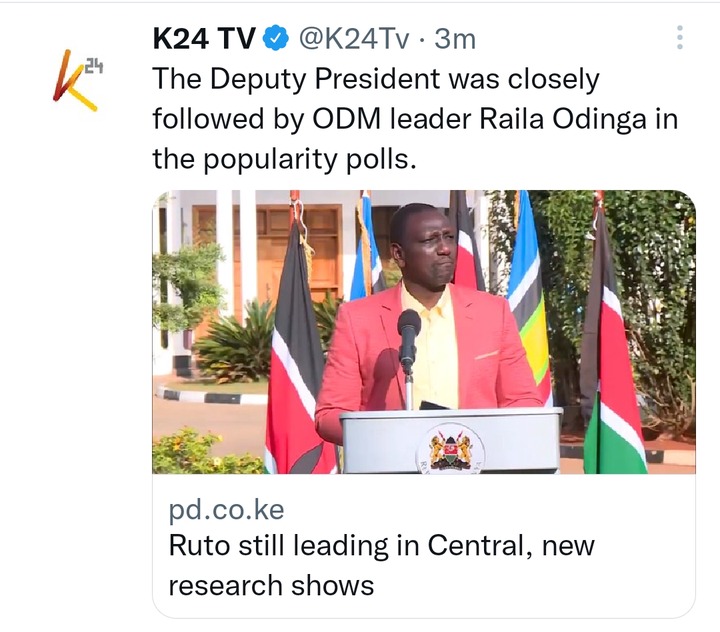 According to the same report, William Ruto is said to be the most preferred candidate of all the Kenyan politicians who have declared interest in succeeding the current Head of State president Uhuru Kenyatta.

The second in command is leading in the new survey with a percentage of 58.2 per cent ahead of the former Prime Minister Raila Amollo Odinga.