On Friday evening, Kiambaa Member of Parliament aspirant Damaris Wambui Waiganjo was handed a ticket by the Jubilee Party. The politician has been in politics for a while now, in 2021 he was interesting in contesting in the Kiambaa by-election. Unfortunately, the President Uhuru Kenyatta-led political fold picked Kariri Njama as their candidate hoping that he would bring the seat home. 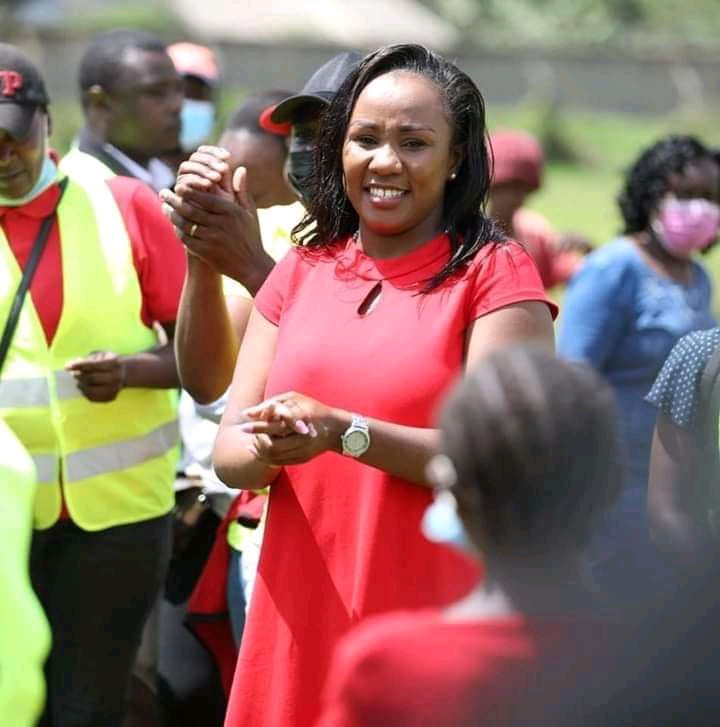 The late Paul Koinange who was the area Legislator was a member of the ruling Party. Unfortunately for Njama, youthful John Njuguna Wanjiku popularly known as Ka'Wanjiku trounced him and was announced the winner thereafter. 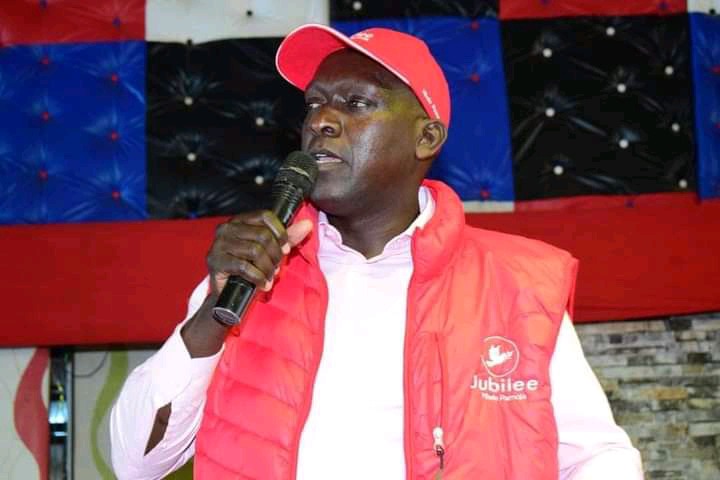 On Saturday, the supporters of Kariri took to the streets to protest the issuance of a nomination certificate to Wambui. Thousands of locals expected that the Jubilee leadership through MP Kanini Kega who is the Director of Elections would hand the ticket to Kariri. They expressed their frustration by burning Jubilee posters and branded outfit. 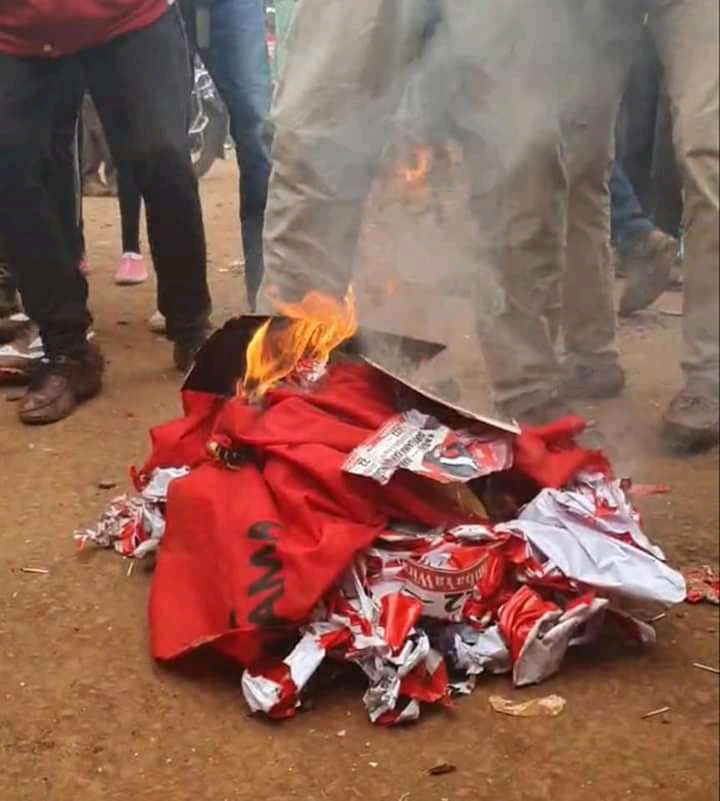 Kiambu County gubernatorial seat aspirant Hon Patrick Wainaina (Wa Jungle) has broken his silence on Njama's ordeal. He has welcomed his move of being on the ballot as an independent candidate after resigning from Jubilee. Wainaina accused big political parties of not being transparent. 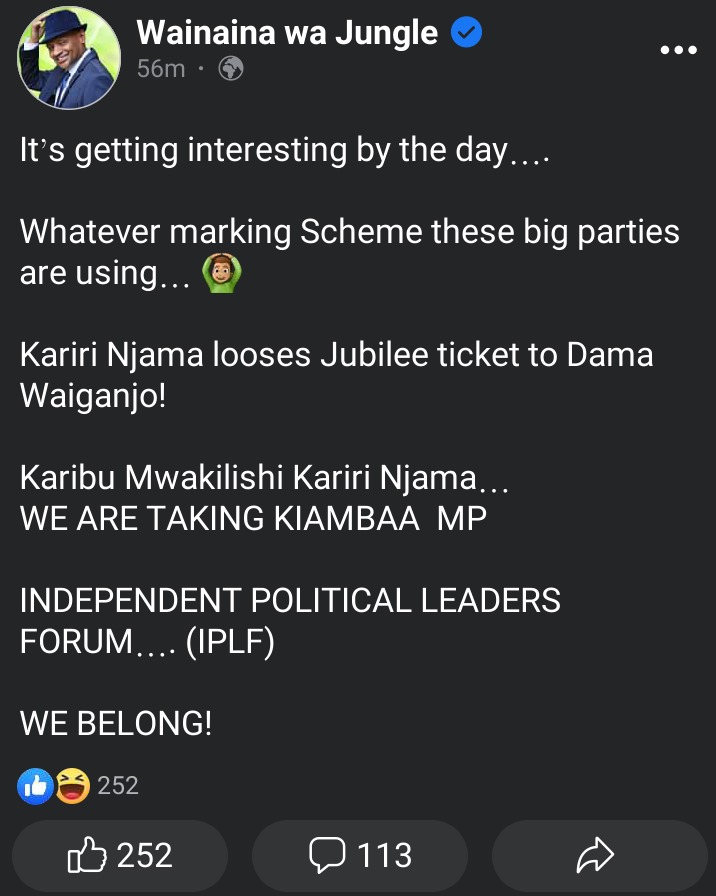 The Thika Constituency MP will also be in the Kiambu race as an independent candidate. This is after losing to Senator Kimani Wamatangi in the United Democratic Alliance Party nominations that were conducted on the 14th of April. 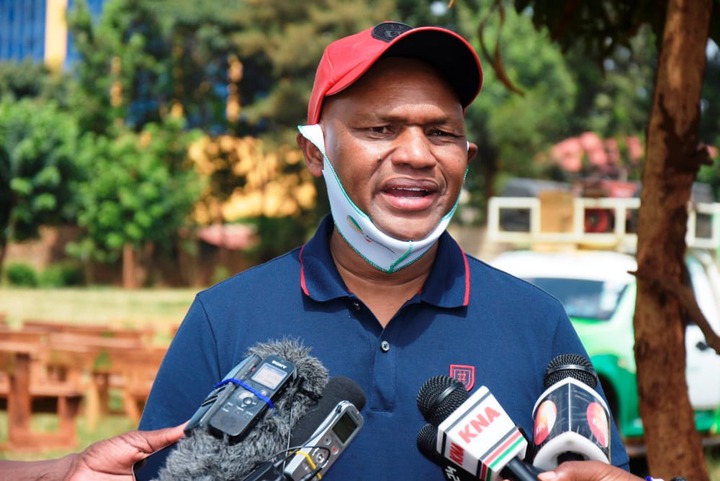 Hon John Njuguna, Damaris Wambui and Kariri Njama will now face off in the Kiambaa Constituency parliamentary race. Who will be the next MP?