Dennis Itumbi Under Fire After This Open Message To Catholic ArchBishop

By Presswriter (self media writer) | 23 days ago 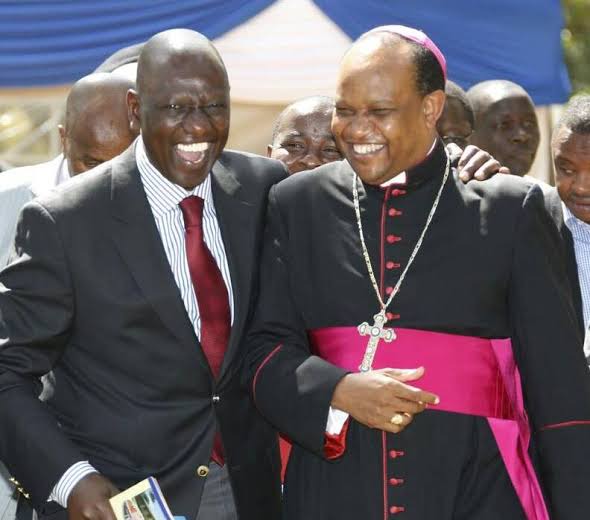 In his message which was in form of a tweet, the Blogger wanted the man of cloth to come out and say if he has received a response from the deputy president's office over the reconciliation efforts between the president and William Ruto. 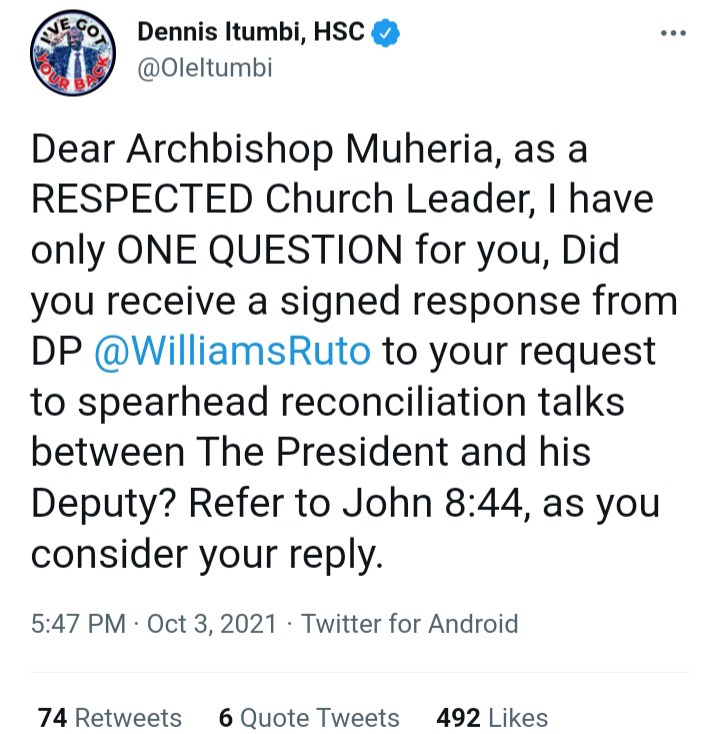 Antony Muheria is a Catholic archbishop, the dioces of Nyeri. He is also the interfaith Council chairman and has been on the forefront on the need to reconcile president Uhuru Kenyatta and his deputy, William Ruto.

Dennis Itumbi is has William Ruto's close ally, and has been defending him on various occasions.

In reply, some Kenyans who expressed themselves wondered why William Ruto's side are too much into reconciling William Ruto with the president. Others castigated Itumbi, saying he was just picking fights with everybody.

He are are some of the reactions from Kenyans. 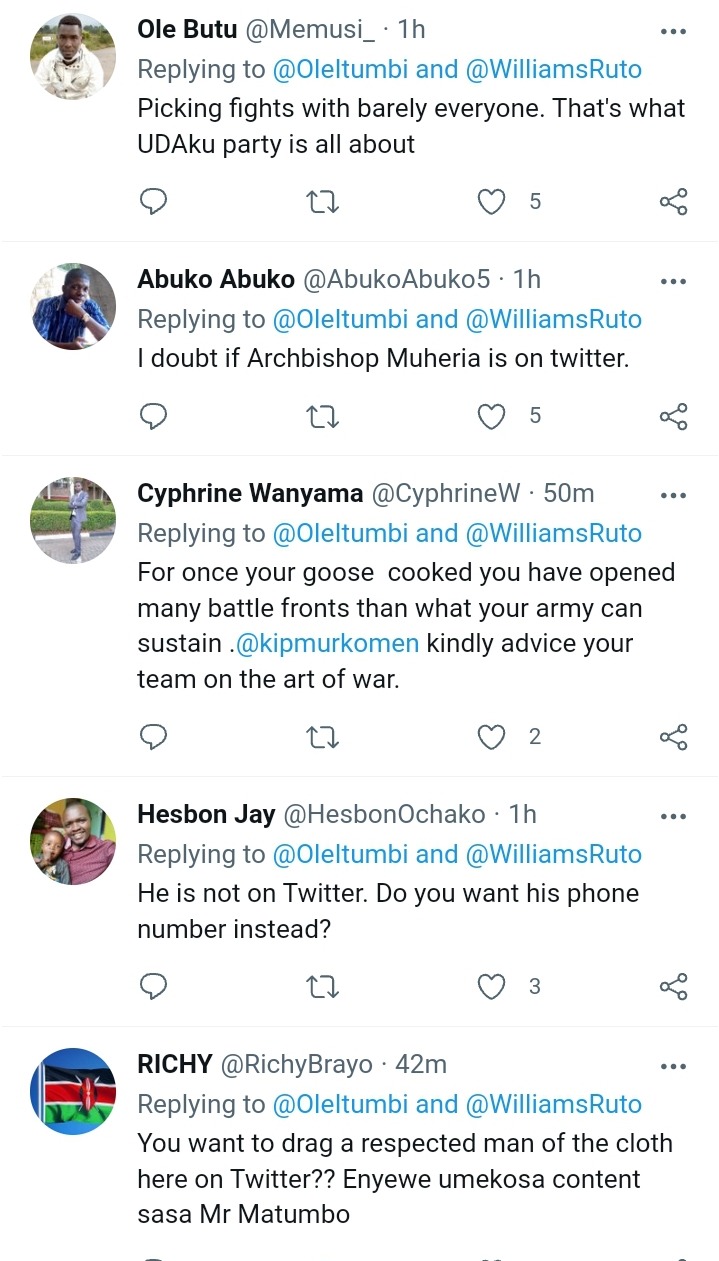 Earlier on, the deputy president in a twitter post confirmed that he had sent a reply to the Bishop, informing of his willingness for the reconciliation between him and the Head of State be kicked off. According to the DP, reconciliation will be good for the nation. 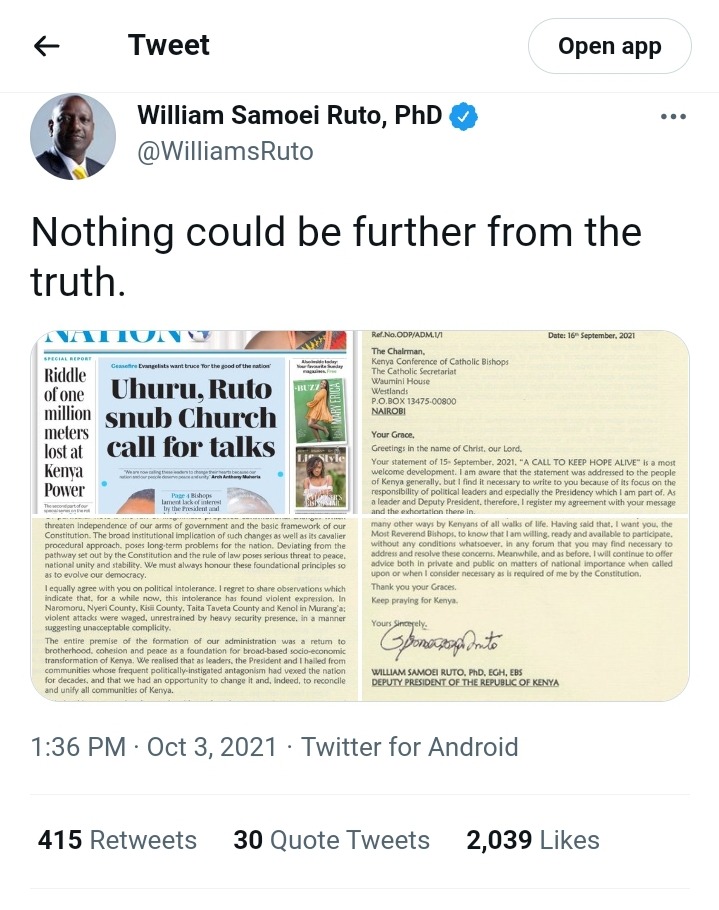 As a reply to the Daily Nation's headline today, the second in command noted that nothing could be further than the truth. He then attached a letter which he sent to the Conference of Catholic Bishops.