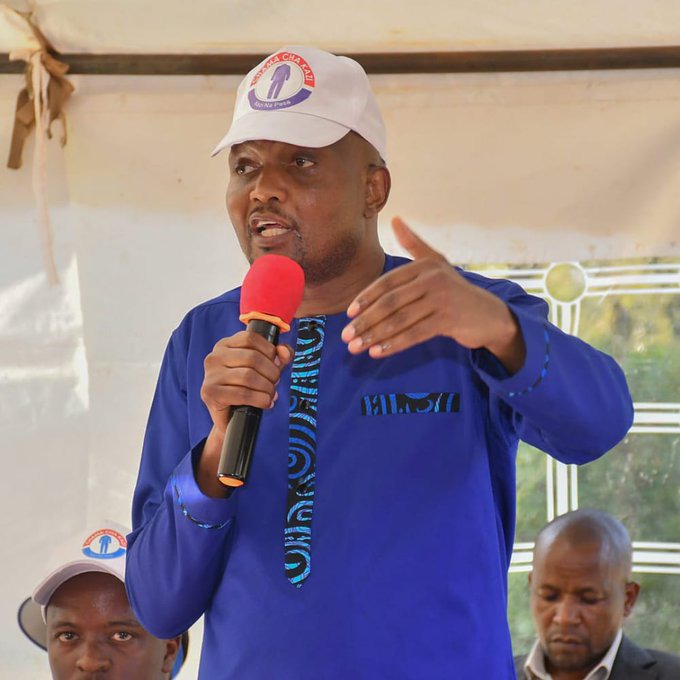 The daughter to the former Prime Minister Raila Odinga who responded to Moses Kuria’s remarks against her father has now said that she is not apologetic for launching a counter attack on Moses Kuria.

Winnie Odinga responded in kind when Moses Kuria abused the ODM leader Raila Odinga claiming that Raila should not be elected because he is not a circumcised man.

The whole drama began a couple of days ago after the Gatundu MP Moses Kuria claimed that President Uhuru Kenyatta by virtue of coming from the Mount Kenya region, should not support Raila Odinga given the fact that Mzee Jomo Kenyatta administered an oath among the Kikuyu preventing them from voting a man who is allegedly not circumcised.

In response to this outrageous remark by Kuria, Winnie referred to Kuria using the latest accident Kuria encountered in which his legs were burned by an electric blanket. It is an incident that subjected Kuria to months of treatment abroad.

Winnie called Kuria a ‘nyama choma toe’ however this kind of approach did not impress the German based Kenyan intellect Doctor John Njenga who told Winnie that as much as she was not pleased with Moses Kuria’s remarks it was wrong to respond that way.

“Dear Winnie, never wish your worst enemy what happened to Kuria. Politics come and go but words are difficult to take back. You are above this. Political banter does not have to be this mean. We must humanize our politics,” said Njenga. 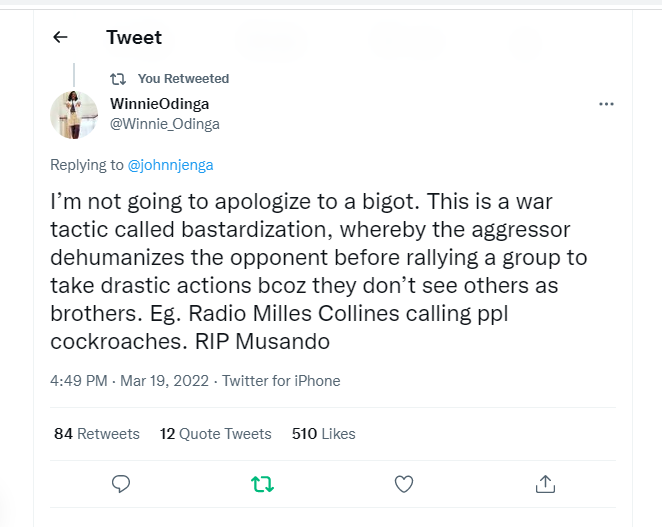 In response to Njenga’s tweet, Winnie said that she is not ready to apologize to Kuria over her response to him. She even compared Kuria’s remarks to Milles Collins propaganda.