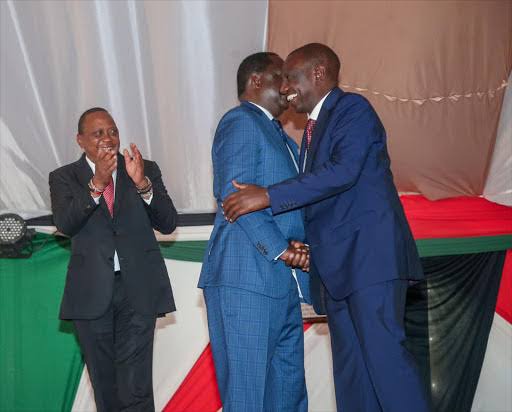 Former Kenyan prime minister Raila Odinga, who is seeking the presidency for the sixth time, has come under renewed attack from Kimilili member of parliament Didmus Barasa.

While promoting William Ruto, the Kenyan Kwanza presidential candidate, he made these comments on Saturday in Kapsabet Town. 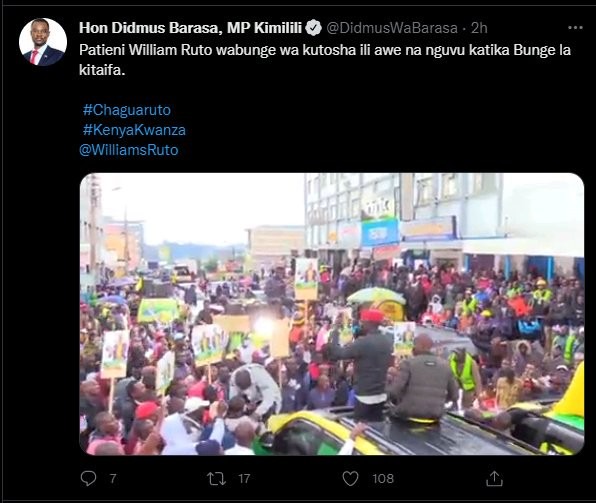 asserted that Ruto would be compelled to shake hands with Raila Odinga if the people of the Rift Valley did not give him enough seats in parliament.

"I've been sent by William Ruto and Mudavadi to tell you that when Kenyans went to the polls in 2007, Mwai Kibaki was not given any seats in the parliament. Despite Raila having a majority in parliament, Kibaki was forced to enlist the assistance of Kalonzo Musyoka by appointing him as vice president "Didmus stated.

William Ruto and Raila Odinga are bitter rivals who seek the same number of votes, according to The Standard

"We in the Rift Valley are confident in 70% of the vote, but don't elect an Independent by mistake. They resemble unregistered cars in that regard. Give Ruto enough seats in the legislature or he will be compelled to seek out Raila Odinga for a handshake "He added.

The legislator said that despite over 20 years of efforts to lead the country, God had rejected the Azimio tribe's leader. The former prime minister of Kenya is unfit to serve as president, according to Barasa, who believes that God choose leaders.

What Governor Jackson Mandago Said About IEBC After Voting

In Photos, Various Leaders Storm Their Respective Polling Centers To Cast Their Votes.

Students To Report Back To School On The Following Announced Dates