By JoshuaMamba (self meida writer) | 1 months 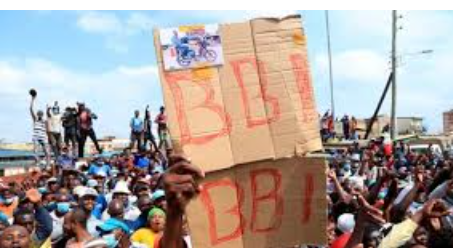 During the assembly election seventeen MCAS rejected the Bill as fifteen voted to support it and one abstained in a roll call vote.

However the county assembly's committee on matters of Justice and administration were tasked with the responsibility y holding public hearings and they managed to table the report rejecting the amendment bill.

Kapyego MCA Evans Limo, the committee's chair, said that three out of four sub-counties rejected the Bill in the public participation phase, a scenario he said informed most MCAs' decision during the vote.

"Members of the public made a sound decision and we believe the assembly members arrived at their decisions after considering all factors. It was a democratic process which involved all the parties," Mr Limo said.

There were allegations that MCAs were pressured to vote the way they did.

Regarding this, the chair said, "We have been called many names because of our stand by people with certain political affiliations. We received many calls from people trying to persuade us to take a different stand but we stayed put."

Actually what do you think? Will the bill be accepted by the common citizens? Leave your comments

Content created and supplied by: JoshuaMamba (via Opera News )