By ShamuAshale (self meida writer) | 13 days 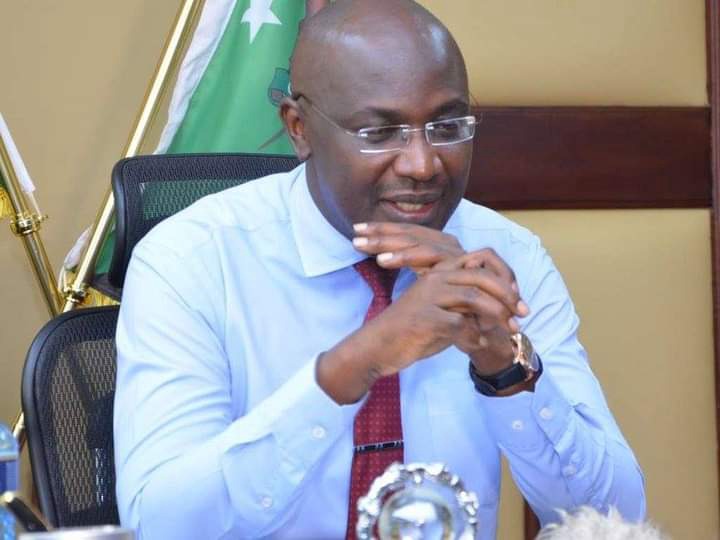 It was a moment of laughter for a popular WhatsApp group members when a governor answered one user in what was taken as a rude way.

Bungoma Governor Wycliffe Wangamati who was responding to questions on Notice Board WhatsApp group about his mega projects including the dual carriageway project could not hold back but responded in rather a ride way. 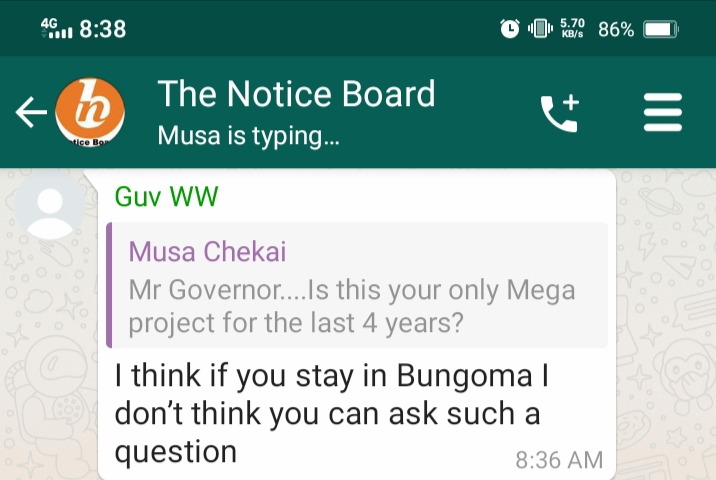 The Musikoma junction-Kanduyi dual carriageway project that is 40 percent complete will cost the county government Sh1.3 billion to its completion.

Musa Chekai had sarcastically asked Wangamati if the dual carriageway construction was the only mega project.

"Mr Governor....Is this your only Mega project for the last 4 years?" he posed.

But the infuriated County boss could not stomach it anymore and fired back in rather a rude way. 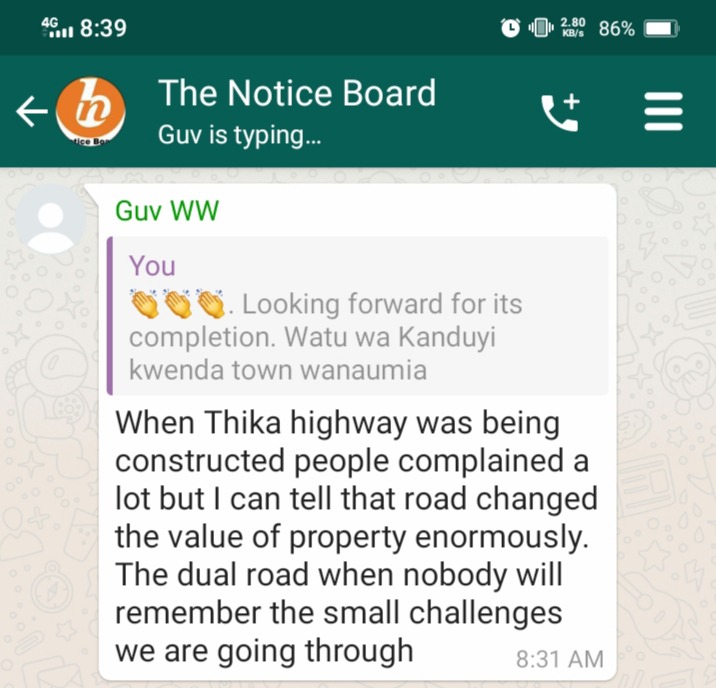 "I think if you stay in Bungoma I don’t think you can ask such a question," Wangamati responded.

Chekai is a Ford Kenya national official from Trans Nzoia county and is very close to the party leader Moses Wetang'ula and the response was a teaser after Wangamati fell out with the Bungoma senator over the failed party coup in 2020.

Chekai continued, "It is true Governor I don't stay in Bungoma! but I know what happens within the County on daily basis and the reason I asked whether the Kanduyi-Sang'alo junction Dual Carriageway is the only Mega project in your Government for the last four years!,".

Wafula Kere said but none of us is saying the Dual carriage is a bad idea. We just felt the CG had no capacity to construct such road.

He continued, the funds to be used would cause a huge detriment to the people of Bungoma. 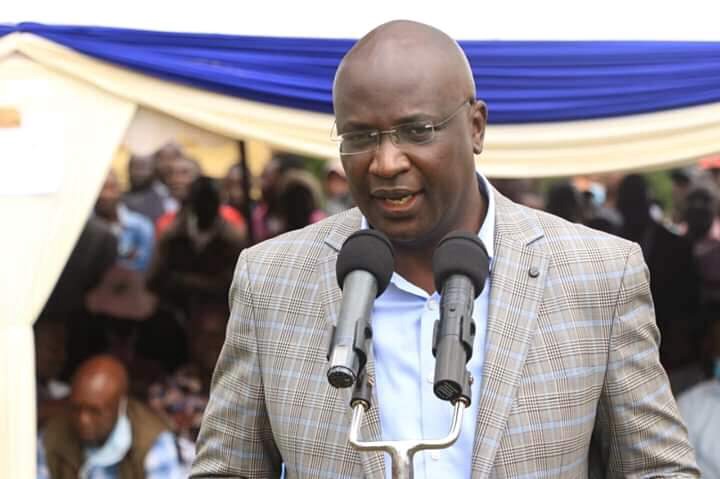 Kere added if KENHA could have been involved, it would've been much easier and cheaper. Infact, the Dual carriage would've reached Harambee market in Kakamega County.

Wangamati responded, "My friend for 40 years nothing was done on this road and you expected us just to sit and wait for National government to come and do something?".

"When I made the decision to do this road I consulted National government and they did not have any plans for the next 5 years. Did you want me to wait for 5 years with the mess in Bungoma town? He posed.

The Smallest National Park in Kenya That You Didn't Know About

The Miserable Situation At India's Cremation Pyres; The Incineration Of Covid 19 Victims

All You Need To Know About Mouth Ulcers