By Curtis-Otieno (self meida writer) | 14 days 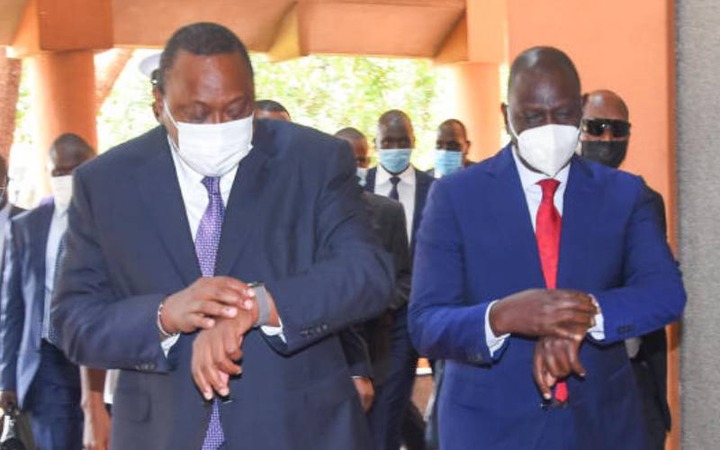 President Uhuru Kenyatta was in a bad state before the handshake with ODM leader Raila Odinga, the former Prime Minister, who struck a truce with Uhuru in 2018, has revealed.

Raila has admitted that the handshake was indeed seriously needed by the President, who he says had been tightly cornered by his embattled deputy William Ruto then.

Speaking on Wednesday, he stated that he saved the President from the grip of Ruto, who he said was strangling Uhuru, to an extent that he couldn't "breathe" and operate.

"The President is now relieved, he was under tight grip from his deputy and was being strangled. He can now breathe and consentrate on development," said the leader.

He said that Ruto was frustrating Uhuru and all of his plans, making it hard for him to work, and he has unchained him by giving him the political support he needed to free himself. 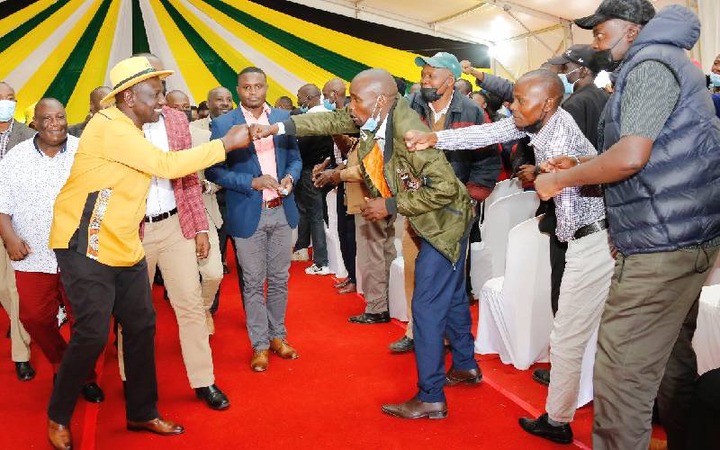 But Ruto, while speaking at his Karen residence, hit back at Raila, saying that his entry into govenment through the handshake has been a curse to Uhuru and Kenyans.

He stated that the leader has succeeded in taking the government's attention of it's initial plan of keeping it's promises to Kenyans and is now concentrating on succession politics.

"What moral authority do you have when all you did was hijack our government and plans and change the debate to power sharing. Let there be some respect," said Ruto.

Ruto and his troops have blamed Raila for the eroded relationship between him and the President, who now wants Raila as his successor and not the DP.

This is despite the fact that Uhuru had earlier vowed to endorse him (Ruto). Raila's entry has also been seen to result in the collapse of the ruling Jubilee Party and victimization of Ruto and his allies, who have been pushed out.