Moses Wentangula of Ford Kenya made a political earthquake with Musalia Mudavadi by ganging up with Ruto in the concluded elections. Moses Wetangula was yarning for Bungoma senatorial seat.

His efforts has led to a resounding victory, the Kenya Kwanza Alliance co-principal garnered 286,143 votes proving his critics who had doubted his political command in the Western region wrong.

The overwhelming support on the ground was extended to the Presidential vote in his backyard with provisional county results putting DP William Ruto in the lead.

On the other hand, Wetangula also managed to lead in the Bungoma senatorial seat in a landslide political race. 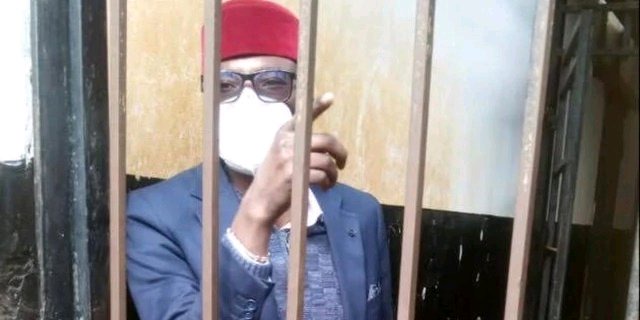 Consequently, his ally Didmus Barasa has late today sent a congratulatory tweet about Wetangula's heroic lead in the senatorial race. However, Didmus Barasa delay could have been due to the scandle of shooting his competitor's aide and declared wanted by the DCI.

In his tweet he referred to Wetangula as "Papa wa Roma" for painting Bungoma yellow. 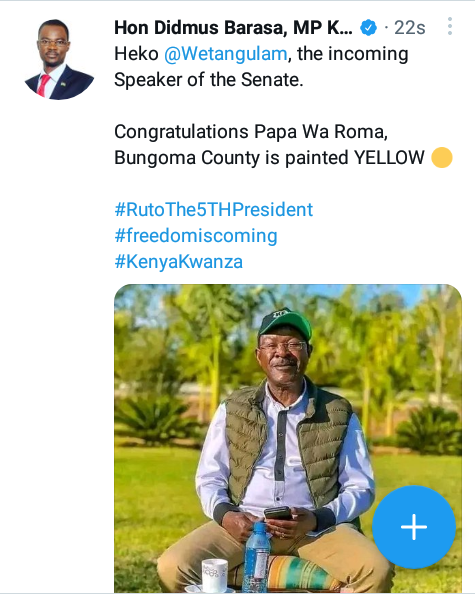