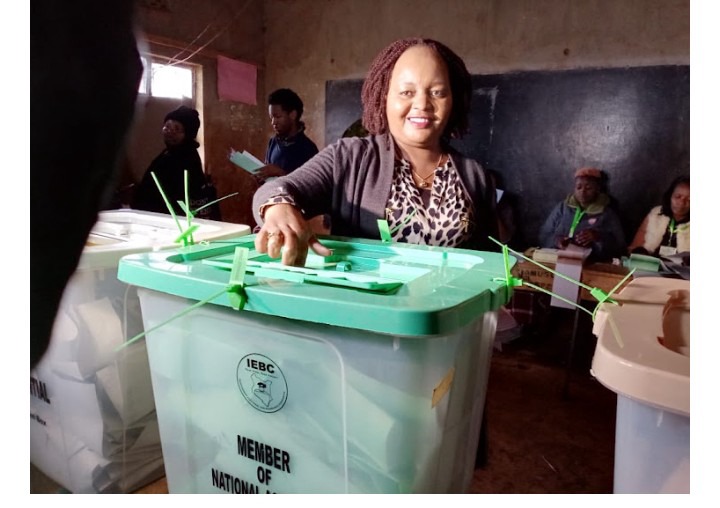 Independent candidate for governor Wangui Ngirici alleged that the vote had been tampered with, prompting the call for a recount.

However, a recount supported the accuracy of the IEBC's previously reported results.

After the recount, Waiguru urged Ngirici to respect the outcome of the vote, claiming that Kenya is a democratic nation.

She urged Ngirici to wait till she finished her term before trying it.

In the upcoming elections, Waiguru remarked, "I want to push my opponent to embrace the will of the people and make another run for governor." 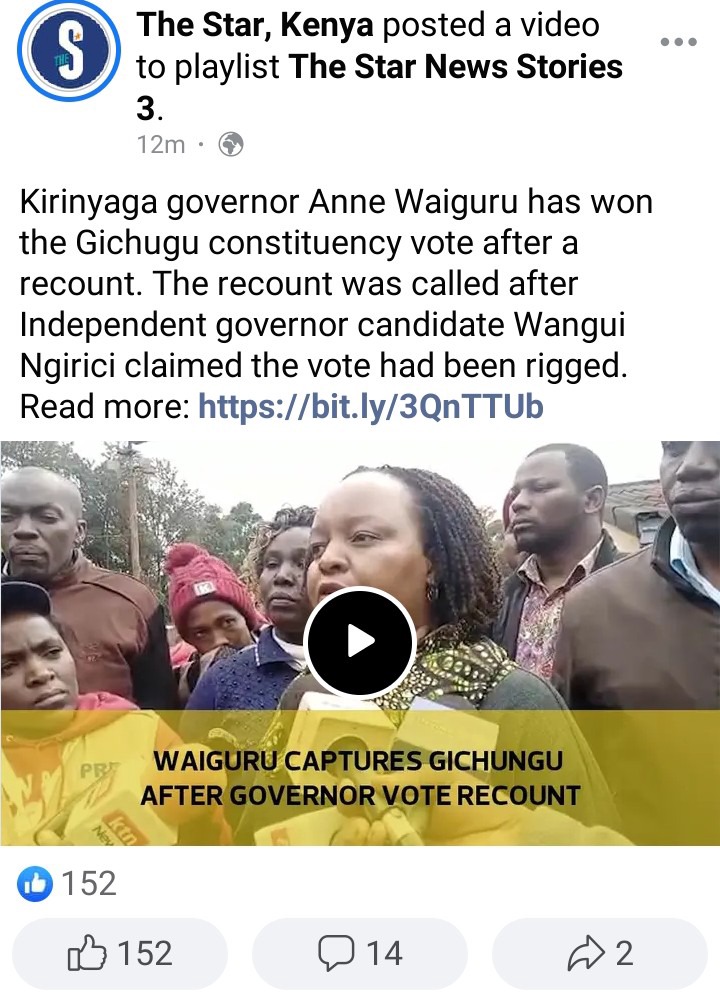 She also denounced the use of goons to undermine the county during such a crucial period.

Ngirici, her attorney Ndegwa Njiru, and her husband Andrew Ngirici stormed the tallying center earlier in the day and demanded a re-tally of the votes. Their request was granted.

Geoffrey Gitobu, the IEBC county returning officer, was accused by Ngirici of conspiring with her political adversary to steal the election.

Wangui asserted that 6,000 more votes were cast in the constituency for Waiguru.

Waiguru, who eventually made it to the center, had earlier claimed victory over the departing woman representative by garnering more than 15,000 votes in the district.

However, she continued, "I have defeated her in Gichugu with over 15,000 votes just because I'm accepted in my hometown, and as they say, charity starts at home.

The governor charged Ngirici with impeding proceedings because she was feeling defeated.

Security was increased as tensions rose throughout the day as Ngirici supporters obstructed public transportation along the Kutus-Kerugoya road.

The supporters once surrounded a county government car they said was carrying election supplies.