"I'm Very Much Alive, Stop Killing Me", Governor Cries Out After News About His 'Death' Went Viral

By Politrickss (self meida writer) | 29 days

Kisumu governor, Honorable Anyang Nyongo has finally opened up about the ongoing debate where alot of Kenyans have taken to their different social media accounts to express their opinions and suggestions concerning his alleged death. 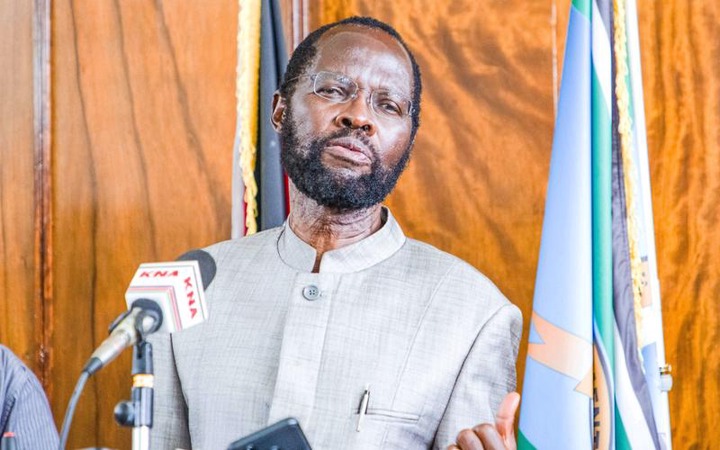 In a post that has since gone viral and is still making rounds on different social media accounts after being uploaded by an unknown Kenyan, it was reported that the governor who has been battling cancer had allegedly succumbed to the disease today and that the family was just trying to cover it up.

This was followed by a dramatic scene after a couple of Kenyans immediately took to their different social media accounts to express pain and frustration over the alleged death of the politician who is also a supporter of the Orange democratic movement party, by sending the heart felt condolences to his family and friends.

While replying to this, Governor Anyang Nyongo has called upon all Kenyans urging them to make sure they ignore what he termed as fake news concerning his alleged deaths adding that he was very much alive and okay despite the fact that he was battling cancer.

With this in mind, he called upon the director of criminal investigation to look into this before things get out of hand because according to him, this might have been the work of his opponents who were trying to gain something by declaring him dead despite the fact that he was very much alive. 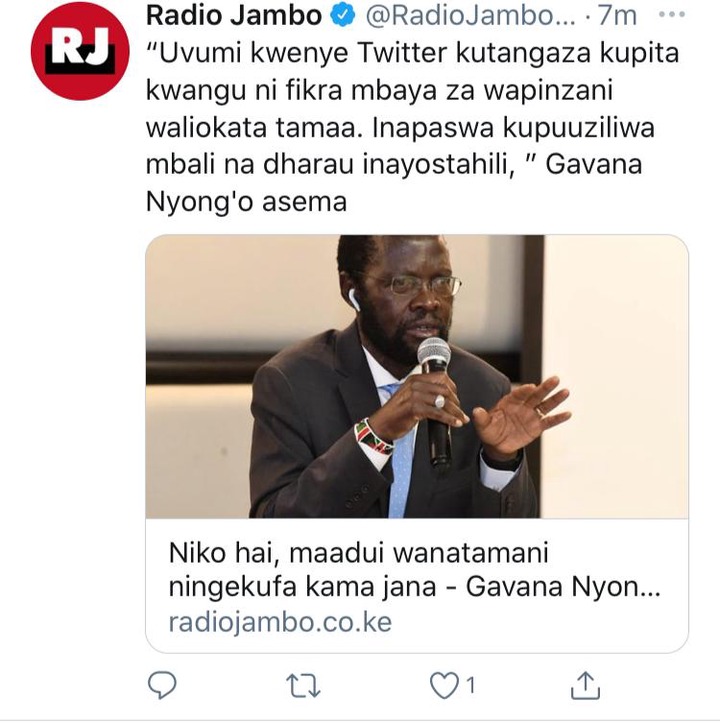