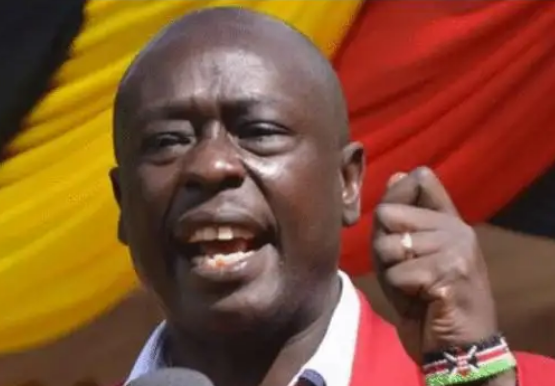 This past week saw Mathira member of parliament Rigathi Gachagua make a stunning confession that isn’t likely to pass DP William Ruto idly, especially as he is known for being pretty perceptive. Rigathi admitted that Ruto isn’t the first Rift Valley candidate he has tried to sell in Central. He went on to say that in his first gig, masses would fill up rallies to listen to his candidate as well.

However, when election day came, he failed miserably alongside his preferred candidate, as voters picked somebody else. Ruto’s rallies in Central Kenya have been noticeably marked by huge euphoric crowds.

Rigathi, who has of late emerged as the point man for the Deputy President in Central Kenya, and also a leading contender for DP Ruto’s running mate position, was speaking during an appearance on KTN’s talk show hosted by Ken Mijungu.

Rigathi said that back in the nineties, he was among the leading voices involved in trying to package and sell Daniel Toroitich Arap Moi in Mount Kenya.

At a time when he was still serving in the Public Administration, he was among the few individuals from the region that were serving in the former president’s government.

For this reason, he was naturally looked at and mandated as one of those that could help turn around Moi’s fortunes in the region by improving his image.

It was a period when Moi had just surrendered to the powerful wave of multipartism, and was thus looking to cement the legitimacy of his then fourteen year old government by a win at the ballot.

Rigathi disclosed that he walked around the entire Central Kenya with Moi, and everywhere they stopped, masses would mob their motorcade cheering the president and eagerly wait for him to address them.

However, to their shock and consternation, when the voting day eventually arrived, Moi had gotten nothing in the ballot.

He went on to caution Mijungu and the listeners against assuming that just because you attract huge crowds means you will get votes in equal measure.