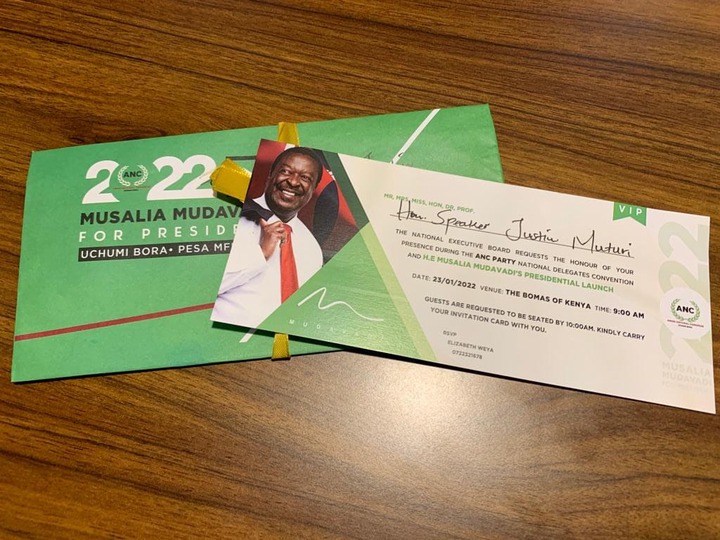 Musalia Mudavadi has Promised a Political Earthquake on 23rd January during the National Delegates Conference that is slated to take place at Bomas of Kenya. The ANC Leader has been hitting the headline Soon with reports on him ditching the OKA Team.

His allies Have Been meeting with his opponents with Cleophas Malala embracing DP while Ayub Savula, Peter Nabulindo expressing Their Support for Azimio La Umoja Movement.

However, Mudavadi has failed to stand authority and crack whip on perceived rebels but has bee Been advocating for freedom of association adding that it's Election season and everyone should be allowed to seek Partners in order to form formidable alliance.

Former VP has began issuing invitation cards and already Justin Muturi has confirmed that he has received his and is expected that Kalonzo Musyoka, Moses Wetangula and Gideon Moi will also turn up.

Additionally, Mt Kenya forum leaders Led by Martha Karua, William Kabogo and many More Will Grace The highly advertised event but everything will come to Standstill if Mudavadi invites Raila Odinga. This will be act of brotherhood and statemanship

Content created and supplied by: Remkson254 (via Opera News )