Kenya`s Youngest MCA Declares to Vie For This Top Seat, Sends a Message to DP Ruto

By Kipronokibui (self meida writer) | 1 months

Kenya`s youngest female MCA Hon. Cynthia J Muge has declared that she is not going to vie for a second term as an MCA but will vie for the Women Representative position in Nandi County. The MCA who was only 24 years old during the 2017 elections came to the spotlight after defeating Jubilee candidate in her ward. 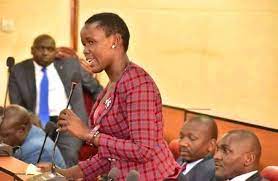 Speaking in Nandi County in the presence of Senator Samson Cherargei, Cynthia Muge urged Nandi residents to support her fully, promising to bring good things to the residents of Nandi County. She told them that she is going to work with William Ruto to champion the needs of Nandi people in the next government.

“Please allow me to say that in the coming year I would like you to support me as I will be vying for the Women Rep seat. Vijana wote, wamama wote, hata wazee wote naomba mnipee kiti ya wamama na wasichana. This has been tried and tested. I am asking you to send me to the National Assembly so that as William Ruto builds the country I support him in the National Assembly,” she stated in this video watched and translated by the writer. 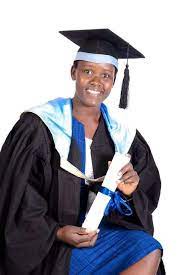 She also promised other leaders eyeing the seat that the competition is going to be tough telling them to prepare for a tough battle. Hon. Cynthia Muge also thanked Senator Cherargei for guiding her in her role as an MCA. She said what Cherargei has been doing in the Senate has guided her to know difference between parliament and the Executive.

Content created and supplied by: Kipronokibui (via Opera News )

"Zuchu Alikudanganya" Fans Slam Amber Ray After She Posted This.