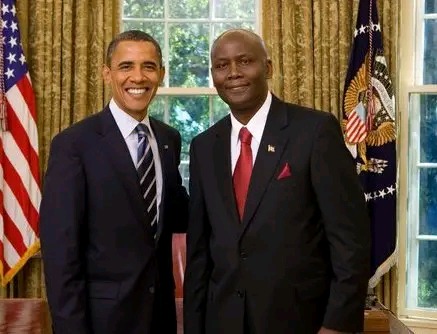 Until 2010 when he was appointed as Kenya's Ambassador to the USA, little was known about Elkanah Odembo.

When President Mwai Kibaki recalled Rateng' Ogengo Odinga from Washington DC, Odembo was the surprise choice to replace him.

Though he had served as Kenya's Ambassador to France, the Washington DC assignment came very soon for this USA-educated biologist.

From Paris to Washington DC, Odembo had quicky risen in the world of diplomacy. For three years, he became the direct link between Kibaki and the then USA President Barack Obama.

Following the election of President Uhuru Kenyatta to succeed Kibaki in 2013, Odembo was among the high profile ambassadors who were recalled. His position in DC would later be taken by former cabinet minister Robinson Njeru Githae.

Since leaving the diplomatic world, Odembo has been undertaking consultancy. Most importantly, he has been working as a key advisor to the former Prime Minister Raila Odinga in his capacity as African Union Special Envoy for Infrastructure Development in Africa.