- He says the two western Kenya leaders won't deliver even 40%.

- Mutua note that Wetangula and Mudavadi were dubed. 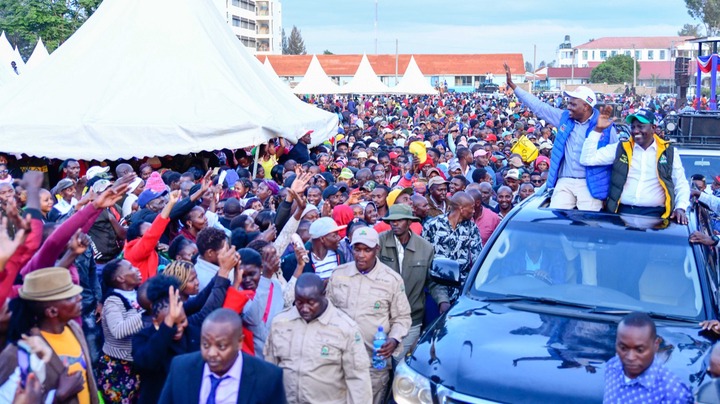 The law professor Makau Mutua has slammed the Deputy President William Samoe Ruto over the pre-election agreement with Mudavadi and Wetangula.

The Kenyan abroad based professor took to Twitter to air his sentiments.

He says the United Democratic Alliance UDA’s William Ruto forced the ANC boss Musalia Mudavadi and Ford-Kenya boss Moses Wetangula in their agreement to deliver 70% of the Luhya vote to get LOFTY positions in return.

According to the outspoken professor, "this is open FRAUD."

Mutilated note that the duo won't even deliver 40% of the Luhya votes to Ruto.

"The two can’t even deliver 40% of the Luhya vote. Impossible." He said.

He quetioned: "Did Mr Ruto hypnotize them? Duped in broad daylight!"

This follows days after Ruto promised Mudavadi and Wetangula slots of Chief Cabinet Secretary and Speaker of the Senate respectively but only if they deliver 70% of Western votes.

This comes after Odinga picked her his running mate in the run-up to the forthcoming elections.

Martha urged locals to weigh leaders and pick those with integrity.

She warned locals against electing thieves arguing that Mt Kenya will be saver in Raila Odinga's Gov't.

Het campaign will continue tomorrow in Tharaka Nithi county according to a report by citizens TV .

'You Will Not Stop Sakaja' Mudavadi To Raila, Sends this Strong Message To The Luhya Community