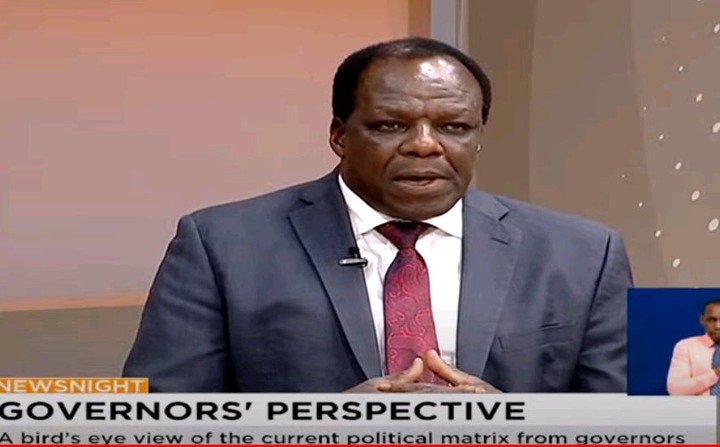 Kakamega County Governor Dr Wycliffe Oparanya, has finally revealed why he made a decision to back the Orange Democratic Movement (ODM) party leader Raila Odinga for presidency in upcoming 2022 general elections, despite him making an application to be the Party's presidential flag bearer in next year's general elections.

Speaking on an interview with Citizen television, Oparanya said that he was so much determined to vie for presidency in next year's general elections, that's why he made an application to be nominated for the party ticket but according to the observations he has made, while touring several places of the country with his party leader Raila Odinga he has found that many Kenyans are asking the former Prime Minister to be their next president of Kenya. Therefore, Raila is getting an overwhelming support across the country compared to him hence he had no other option but to support him.

"I did make an application for the party ticket and I paid the Sh1 million, but according to my observations as we go around the country with my party leader, Kenyans are asking him to be their next president they are not asking me. Therefore I had no option but to back him as my party leader. But I hope in the future and probably after his presidency he will support me also, I'm a life member of ODM and I'm not goin anywhere." He said.