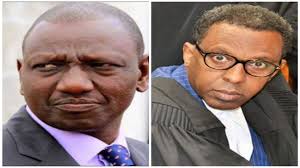 The Building Bridges Initiative BBI drive appeal at the Supreme Court has already been heard and is set to be ruled soon.

Ahead of the much awaited rulling former prime minister Raila Odinga ally Junet Mohammed has accused senior counsel lawyer Ahmednassir Abdullahi of trying to entice the Judiciary with money so as to ensure the rulling favours BBI opposed.

Ahmednassir who has been leaning towards deputy president Dr William Samoei had earlier claimed DP Ruto's government will allocate more money to the Judiciary if elected the next president.

MP Junet who is Odinga's diehard has claimed Ahmednassir's remarks were aimed at hoodwinking the Supreme Court.

He said it is only former prime minister Raila Odinga who stands for the rule of law and good governance not the self proclaimed Chief Hustler.

"SC stop enticing the judiciary and justice system with money to get favorable BBI ruling. Kenyans know who stands for good Governance and the rule of law," MP Junet reacted. 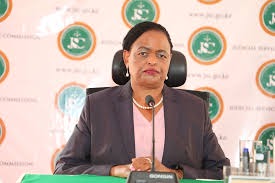 "I HEAR from a very reliable source that H.E UHURU's big 4, will be big 5 under Ruto's Government.The 5th being a rule of law component that increases the budgetary allocation to the judiciary,reform the police,increase access to justice, address plight of marginalised @makaumutua," Ahmednassir earlier claimed.

How to Get through Difficult Days