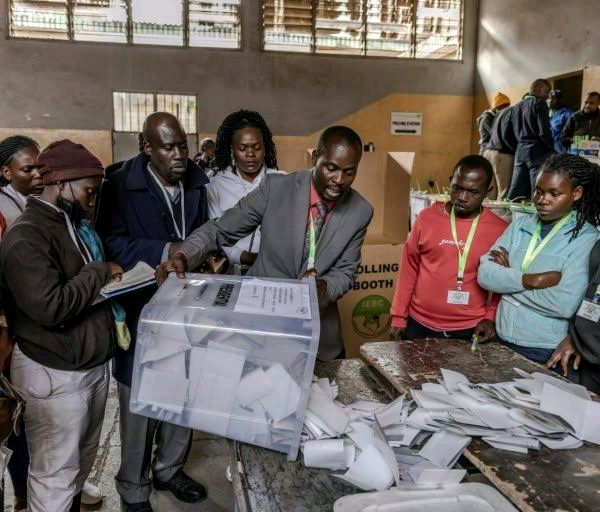 Presiding Officer arrested in Narok North constituency tallying centre after swapping results in favour of UDA gubernatorial candidate who had scored 36 votes at a polling station while the competitor of ODM had scored 470.

"One Presiding Officer arrested at Narok North Constituency for changing details of the final results form in favour of one of the candidates vying for the Governor position in Narok County." The statement read in part.

Masinde told the press that the presiding officer was arrested in Narok East Sub County over the irregularities while another one was detained for interrogations in Narok North Constituency and is likely to be arraigned in court.

Masinde who spoke from his office said the two were trying to swap votes meant for a gubernatorial candidate to favour of UDA candidate.

This comes barely a day when Police in Transmara West, Narok County, are investigating an incident on Monday evening where two officers were found hauling marked ballot papers.

The officers who had since been taken into cell were arrested with the papers at Shell Petrol Station in Kilgoris after members of public raised alarm.

They were identified as Michael Cheptoo, a Sergeant and Daniel Chepkwony, a constable.