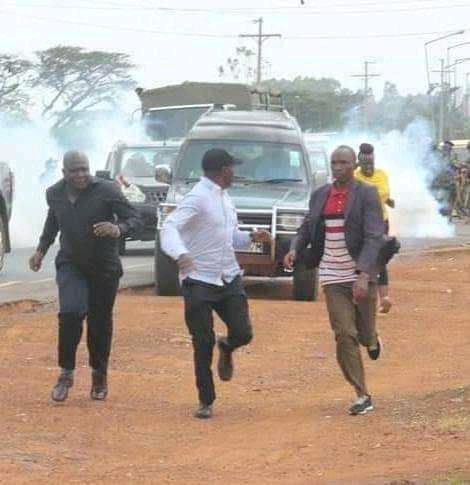 The deputy president of Kenya William Samoe Ruto has been also facing challenges of political wrangles whereby more cases of chaos erupting on his rallies has been heard. Few months ago his Convoy was stoned by angry Kondele youths in Kisumu for allegations of not respecting Baba's Bedroom.

According to the latest video that has been shared online today via Facebook platform media, a Notorious man has been reportedly attacked Ruto's car in Embakasi East constituency. In that video a huge traffic congestion has been witnessed whereby police were forced to calm that situation hence eliciting mixed reactions. 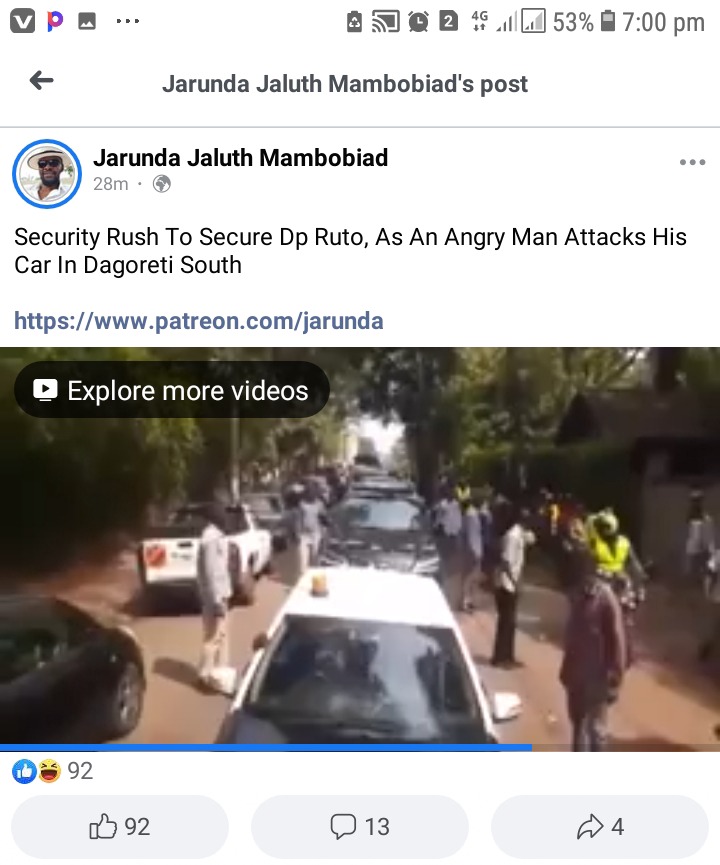 Content created and supplied by: Kartel254 (via Opera News )