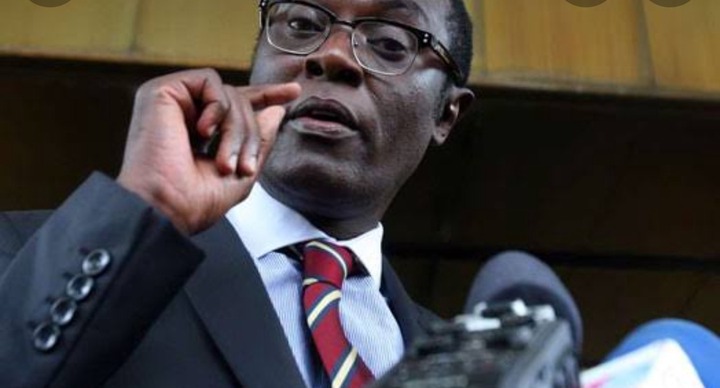 Professor Mutahi Ngunyi has described President Uhuru Kenyatta as a top strategist and a very complicated man to be understood by Dp William Ruto and His team, urging that He passed Him through a very deep interview for months before finally giving Him a job that He is holding now, something that makes Him a very intelligent man.

Ngunyi says that Uhuru is one of the politicians who are not fully understood by Kenyans and also someone who is on top of all the pages in media Houses since he is the more discussed politicians in the Kenyan History, because of His tough stance and dedication to the beliefs, adding that He is also very detailed and deep into His grounds, for years as the boss.

He further said that He has held very many boardroom and even early morning meetings with Uhuru, adding that He was interviewed with Him for close to one year before finally taking Him to fill the position that He is holding now as the State House Strategist, since He was not certain on His behavior and loyalty, which are one of the topmost qualities that is needed for anyone to be hired. 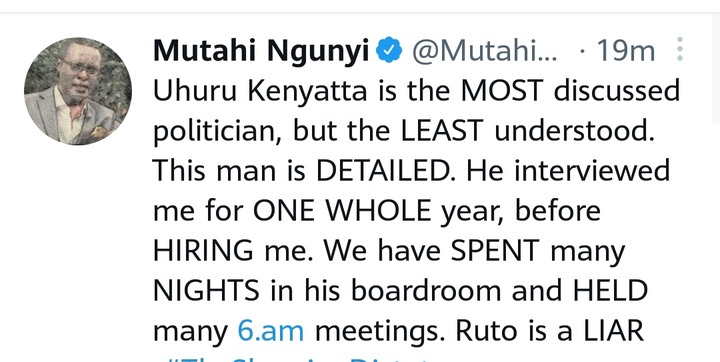 However, He described Ruto as a liar who has decided to take credit for most of Uhuru's failures, since He became disloyal and even let out most secrets against the head of State, since He wanted them to work in His own advantage.

Mutahi was reacting after reports have been doing rounds on social media that has linked Him to a scheme that was allegedly planned to leak some secretive videos that allegedly out Ruto and some of His top Ministers into a very complicated position, and also make an inquiry into the spending of funds in Ruto's office since 2017.

Since He replaced Dennis Itumbi after 2017, He has been making very progressive Moves and even securing several intelligence sources and reports that have made Uhuru block some 'enemies' from destroying His camp and even bring Him down in matters of PR and development agendas.

Raila And Ruto Should Hold A "Handshake" — Proposes Wetangula