By Benadhizo (self media writer) | 6 months ago 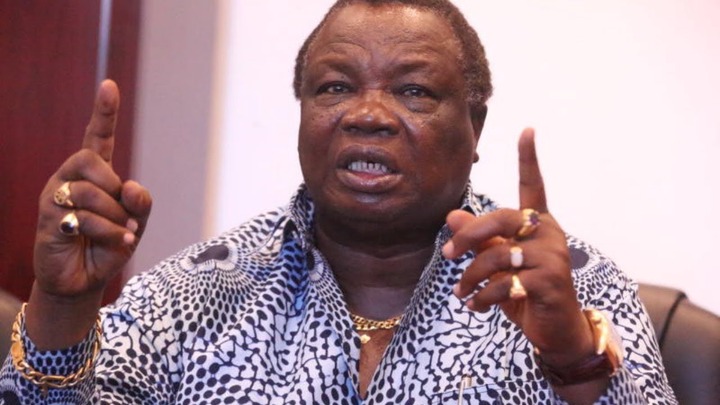 After his wife Roselinda Nasimiyu, Atwoli's enstranged wife joined Deputy President's UDA Party, Atwoli claimed that Roselinda formed an alliance with DP Ruto in 2007 after she was unveiled as a UDA candidate on Friday, January 28 at a rally in Bungoma County. 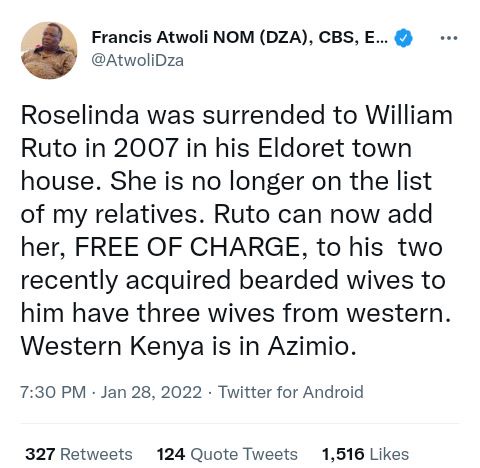 He went ahead to launch an attack stating that he did not consider Roselinda as one of his relatives although the two sired children.

He went on to castigate ANC leader Musalia Mudavadi and Ford Kenya counterpart Moses Wetangula as part of the people who had betrayed him by joining forces with DP Ruto.'

"Huyu ni bibi ya ule jamaa wa nyororo (She is the wife of that guy who loves wearing chains)," Ruto stated amid cheers from the crowd.