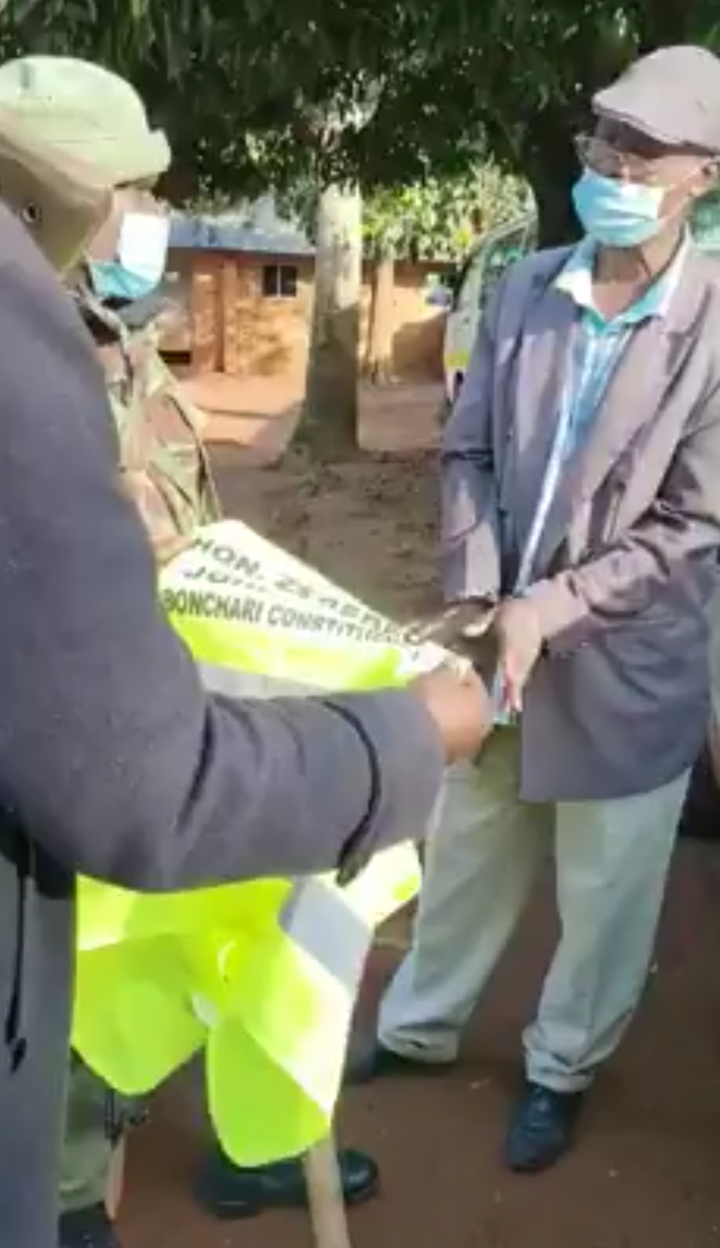 A man has found himself in trouble after being nabbed by police officers bribing voters amid the ongoing Bonchari by-election.

The unidentified man believed to be supporting Jubilee Party candidate Zebedeo Opore is reportedly to have been dishing out money to voters.

He was also nabbed with campaign materials branded with Jubilee Party candidate's name.

In a viral video that has been shared online,a woman who was taking the video said she has been keeping an eye on the man and informed the officers.

Bonchari by-election is slated to end today amid reports of UDA and ODM supporters getting arrested.

Earlier today,Police cordoned off Ufanisi Resort where ODM Party officials SG Sifuna and Treasurer Bosire together with some of their supporters and candidate's agents spent the night.