By miharbi (self media writer) | 23 days ago 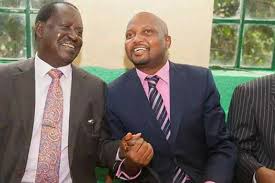 As the country prepares itself for the fourth coming general elections to be held next year, more and more drama and twists are coming up. With politicians betraying each other and spilling the beans publicly.

As reported by the Kenyans.co.ke, Kuria revealed that he was part of a team privately commissioned by President Uhuru and Deputy President William Ruto to court Kalonzo to join them ahead of the hotly contested polls.

In part of the deal, President Uhuru offered the Wiper leader a third of the government share if he agreed to join his side with DP Ruto. 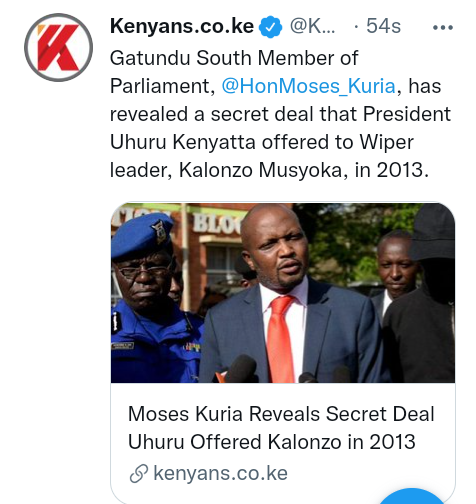