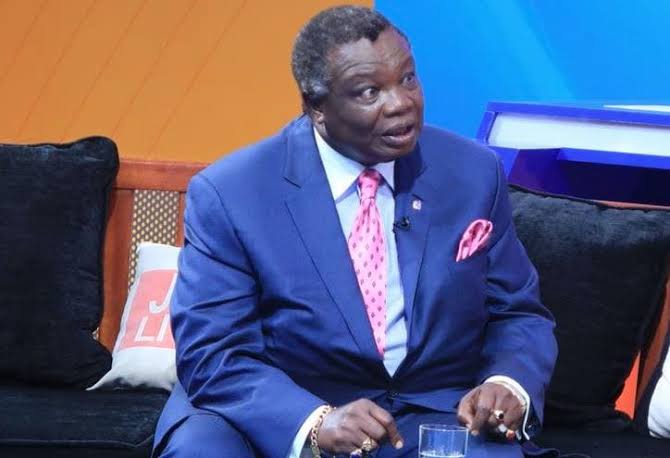 Central Organisatioon of Trade Unions ( COTU) boss Francis Atwoli has revealed that he has no interests in joining politics any time in the coming days.

According to him, he has got all it takes it vie for any political position but he always fears taking part in the elections because he wouldn't want to lose.

He has noted that he is a bad loser and therefore this has always been of great anxiety to him and that is why he never takes part in the electoral process. 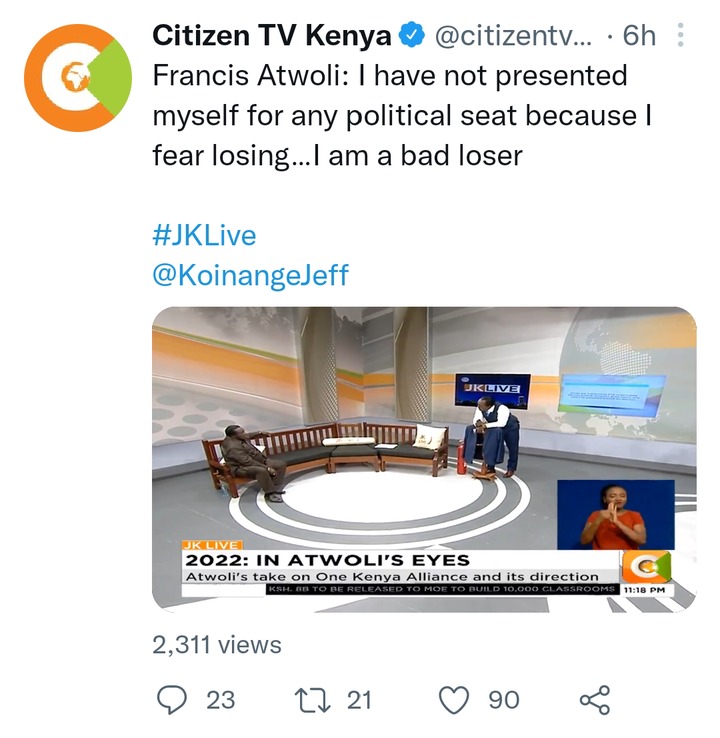 He said this on Wednesday night after he appeared in Jeff Koinange's JKL show after having stayed away from the show for the last eight months according to his latest disclosure.

However, Francis Atwoli has ever contested for the Butere parliamentary position but he failed desperately during the former KANU Government.

According to his former ally, the two had been financed heavily by the party to contest but Atwoli ended up losing while his friend won which made Atwoli fear taking part in elections again.

However, from that day on, he has always said that he is a life member of the Kenya African National Union (KANU) party which belonged to the late president Daniel Toroitich Arap Moi.

"I am in a class of those old people who belonged to KANU. I am in KANU," Atwoli affirmed while addressing the media in most of his press conferences.