Kenyans excercised their democratic right on August ninth after they went out and voted for their preferred political leaders. Some leaders retained their seats, other lost and other new faces occupied the seats.

To the excitement of many Kenyans which also turned out to be the dismay of the other fraction of Kenyans, when the presidential results were released by the IEBC chairman, wafula Chebukati, Dr. William Ruto emerged victorious. His supporters all over the country were overjoyed and send him Congratulations message. However, other supporters aligned to Azimio la umoja leader, H.E Raila Odinga were not happy with the results.

Led by the Azimio la umoja key leaders, these section of supporters claimed that there were irregularities in the vote counting and Ruto did not win fairly. Raila promised to challenge Ruto's Win on the supreme court and follow all the legal measures to ensure justice is served. 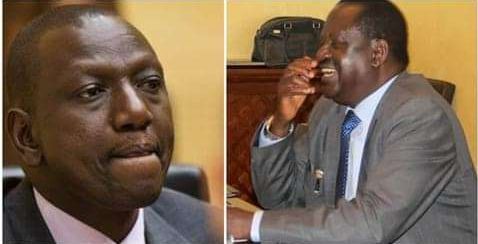 Reacting to the elections developments, city lawyer, Donald Kipkorir said that the supreme court has the powers to declare Raila as the president without fresh elections. This is after the court finds out sufficient evidence of irregularities and Azimio proves the error of arithmetics performed by the IEBC.

However, these sentiments by Kipkorir send Kenyans reacting in mixed ways. Some said the lawyer was dreaming while others said the decision by seven judges cannot change what milions of Kenyans decided. Others said the court, by nullifying Ruto's Win and declaring Raila as president will have served justice to milions of Kenyans who voted for Baba and IEBC robed them. 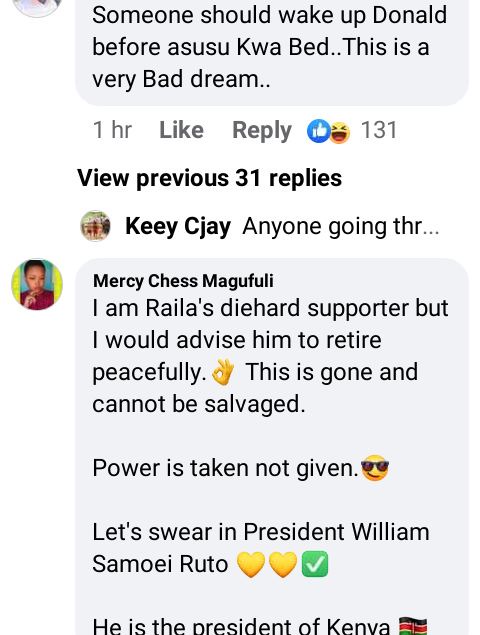 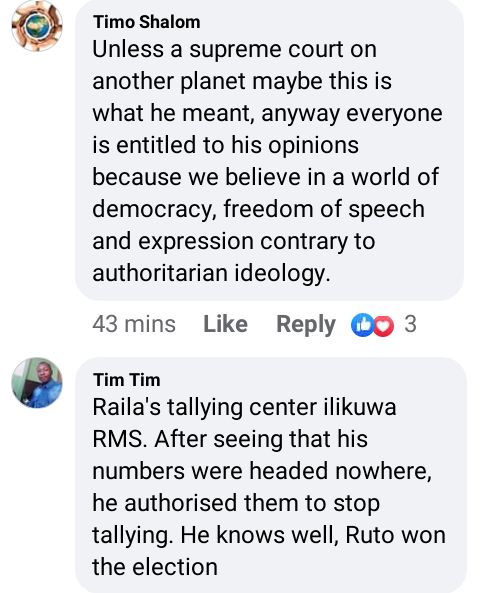 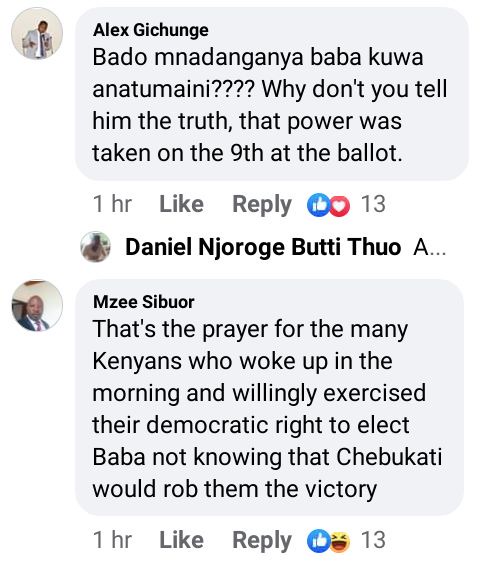 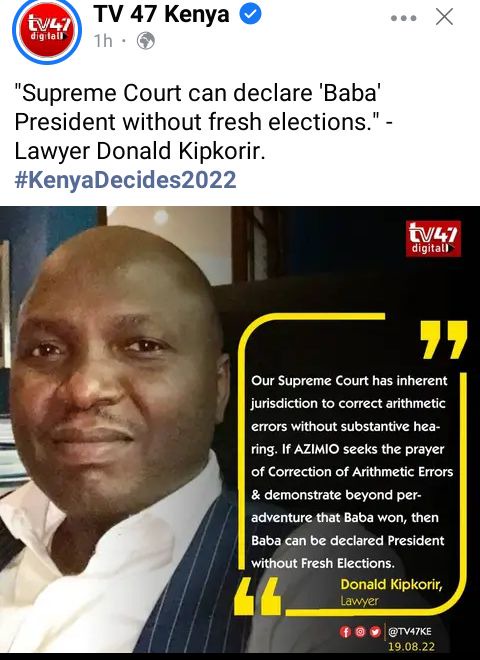 President Ruto Reveals On Why He Gave Uhuru Kenyatta A Job.

Ruto, Gachagua Reportedly Divide Roles as Gachagua Says What Ruto Will be Handling

Ruto Speaks of The Possibility of Him Turning a Dictator, His Alleged Role In 2007 PEV