Etale and Nelson Havi Face Off in a Bitter Twitter Rant 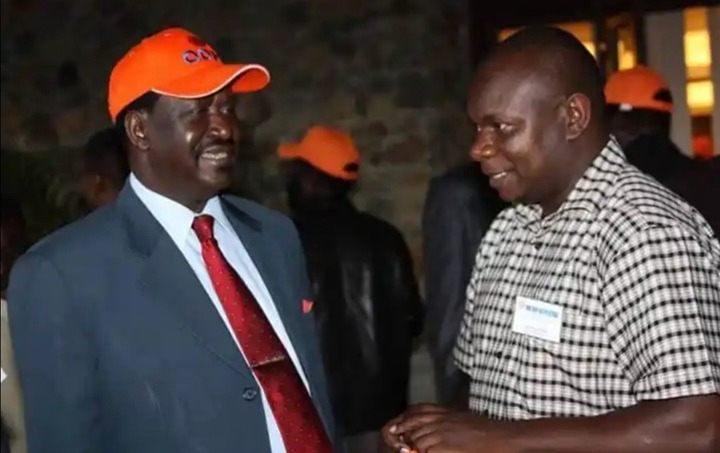 The Director for communications in Orange Democratic Movement Party (ODM) Phili Etale argued with the former president of law Society of Kenya Nelson Havi on Twitter. As leaders seek popularity in whichever way possible everyday, they find themselves bullying each other due to their political differences.

However, what triggered their difference was a post on Twitter Handle by a renown journalist David Mwikali where he was suggesting that the incumbent Westlands MP Timothy Wanyonyi should be issued with a direct ticket by the ODM Party officials to defend his position.

It should be known that the parliamentary race for Westlands is also eyed by the former LSK president Nelson Havi and Communications Director for ODM party Phili Etale.

In the process of fighting back against David's post, Etale scolded the journalist claiming that his post was inappropriate and carried little impact on ODM's plans since him (David Etale) is to be gifted the direct ticket by the ODM Party officials, and not Tim Wanyonyi as the journalist claimed. For Nelson Havi, he said he's just normal "paper Tiger" (good in academic field only) but not fit to run Westlands parliamentary seat since he doesn't know politics.

In return, Nelson Havi asked David Etale whether he has ceased from borrowing money. It was revealed that Nelson Havi had sent ksh. 5,000 to Etale during the demise of his brother in 2019.

At this moment, David Etale come out fiercely and said he refunded Nelson Havi's money in 2019. 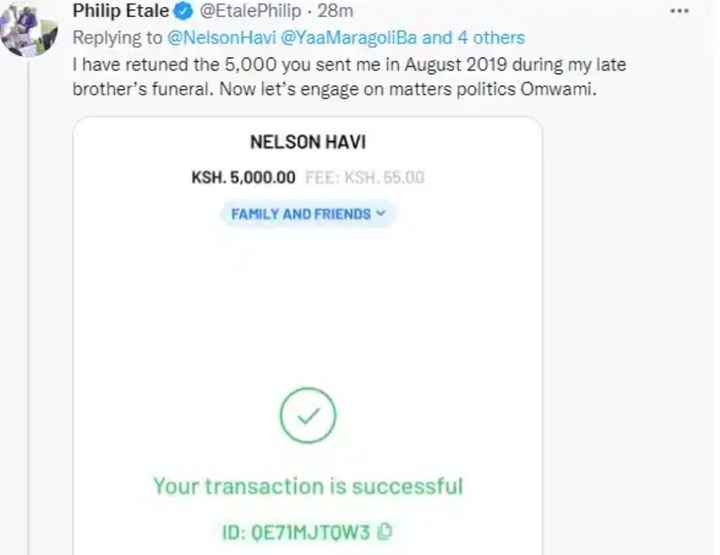 Ridiculous: The Only Town In Africa Where Black People Are Not Allowed To Stay In (Video)