By OumaAllan (self media writer) | 17 days ago

Mr Gachagua and cut boss locked horns following an order to relocate Public Service Vehicles (PSVs) from CBD to decongest the city. According to Gachagua, the order to remove Matatus from CBD will prosecute businesses specifically belonging to Kikuyu community local traders. He protested that Sakaja ought to hold collective dialogue to arrive at informed decision that will protect the interests of micro, small and medium business enterprises within the city.

Speaking on Sunday during an exclusive interview with local Inooro TV, Gachagua claimed that he is the one who engaged the former Starehe MP Bishop Margaret Wanjiru to pull out of gubernatorial contest in favour of Sakaja and secured him United Democratic Alliance (UDA) ticket, that he used clinched to the city hall apex post.

He added that Kikuyus' votes guaranteed Sakaja's victory in August 9, election and therefore whatever orders he makes at the county should be at the best interest of Kikuyu community.

However, Sakaja on the other hand insisted that Nairobi is cosmopolitan that harbours all communities. Speaking during a church service at PEFA in South B, Sakaja affirmed that he will install order, dignity and sanity in Nairobi despite facing backlashes from critics. 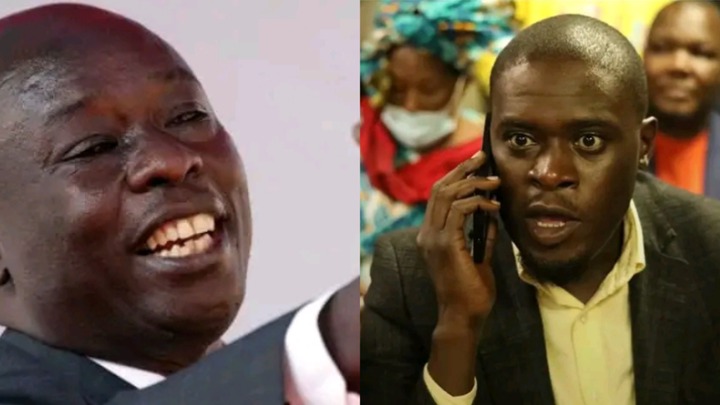 He also faulted media in what he claimed as "planting a non-existing spat" between him and the second in command, citing that there was no bad blood.

Gachagua has however instructed business people in Nairobi CBD to defy Sakaja's order of banning Matatus from CBD and asked night clubs owners in residential areas to stay put, assuring them of government support.