By TeresaKE (self media writer) | 5 months ago 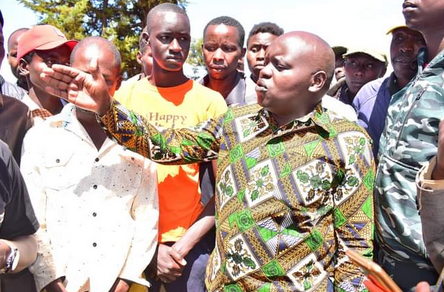 Cherargei emerged the winner with 103,000 according to a report by Citizen TV, with his main competitor Alexander Kosgei getting 36,000 votes, during the countrywide primaries that took place across 36 counties on Thursday April 14th.

This win came even after he clashed and caused a commotion at the Cheptarit polling station in Chesumei constituency, after voters demanded him to queue just as other aspirants who were also queuing to cast their votes.

It was reported that the Senator had stormed the polling station in the company of his delegates, and other aspirants who went straight to the polling room, a move that angered hundreds of residents who claimed that they had queued to cast their votes as early as 5am in the morning.

He whoever dismissed the allegations saying that he did not seek to 'skip the line' since he understood how much the residents were eager to choose their leaders, noting that everyone was impatient and needed to finish voting to attend to their daily activities.

The Nandi Governor Stephen Sang got the party's gubernatorial ticket after securing 100,490 votes while 29-year old Cynthia Muge got 97,551 for the Woman Rep position. 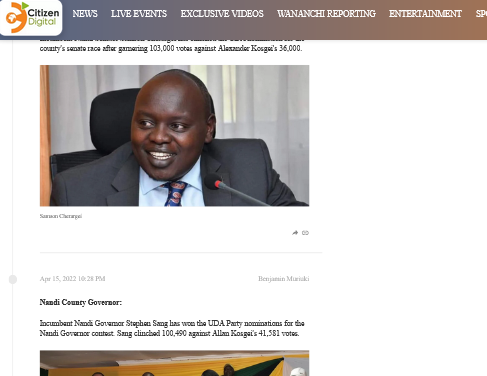