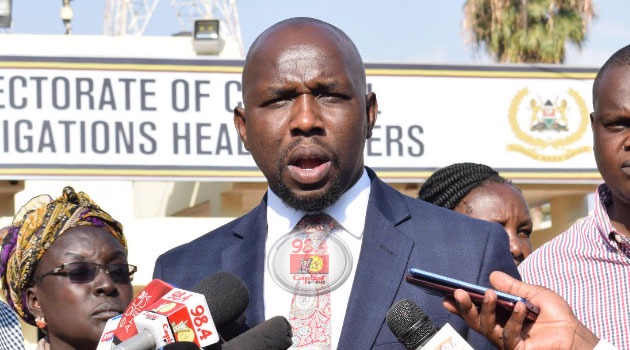 Just minutes after President Uhuru Kenyatta announced a raft of measures to be put in place in relation to the fight against covid19, the Elgeyo Marakwet Senator Kipchumba Murkomen discredited the new announcements.

Murkomen who voiced his concern over his official twitter handle stated that some of the issues addressed by President Kenyatta like cessation of movement and relaxation of some of the covi19 rules were not done because of the concerns by the citizens but because of BBI issues.

“The lifting of cessation of movement and relaxation of covid19 rules is sponsored by BBI referendum and not your petitions,” twitted Murkomen.

President Uhuru Kenyatta who addressed the nation during the Labor Day celebrations reverted the curfew hours in the five affected counties from 8pm to 10pm. He also lifted the cessation of movement which was earlier on imposed on five worst hit counties in Kenya.

One of the other areas he touched was the issue of bars and drinking joints which he said will be opened up until 7pm.

It is not clear how all the things addressed by the president on Labor Day are related to the BBI however Senator Murkomen seems to believe that the BBI intrigues may have been the cause of the sadden change of heart by the President.

Knec makes changes which will affect 2021 mathematics and science exams

Lang'ata Road Temporarily Blocked As Kenya Power Do This

5 Ways to Use Vitamin E Capsules for Skin