By @KinywaDaniels (self media writer) | 7 months ago

A former legisilator who is an allie to the Orange Democratic Movement (ODM) party of Raila Odinga has made a very sensitive allegations over the death of former Gem meamber of parliament Jakoyo Midiwo who died on Monday at Nairobi Hosipital due to cardiac arrest.

However speaking on Wensday June,16 the former Rarienda member of parliament Nicholous Gumbo decided to cast blame on certain people in the political circle who he claimed they pushed Jakoyo to death through their actions directed to him.

According to Gumbo the recent threat to demolish Jakoyo's house in Kisumu county and some high profile secret meetings held to stop his political career could have been the main reason why Jakoyo succumbed.

"These peoole who are shedding crocodile tears tormented Midiwo, took his political seat, demolished his business premises and humilated him in public just because he took a different stand, how many meetings did these people make to stop Jakoyo, Every time one strong politician comes up you become a marked man in Nyanza. This should stop because these are the things that killed my freind" Gumbo stated. 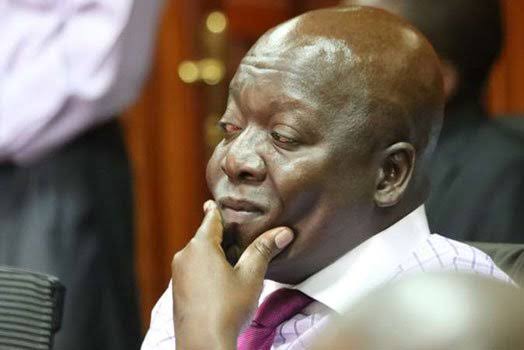 Content created and supplied by: @KinywaDaniels (via Opera News )

Why Gideon Moi May Be Giving Ruto Hard Times Ahead Of 2022 Elections, Attracts New UDA Ally To KANU