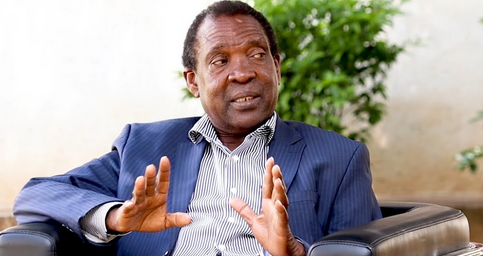 The Democratic Action Party of Kenya (DAP-K) which is associated with CS Eugene Wamalwa, and led by MP Wafula Wamunyinyi has been urged to concede on the consensus and zoning in the Azimio La Umoja One Kenya Alliance.

Professor Herman Manyora, on Monday argued that if the party holds on its firm decision that they will not give in to the zoning calls, the Azimio camp will end getting less or no seats in the Western Region and such a move will favour the Kenya Kwanza Alliance.

Through a video in his You Tube Channel on Monday June 27, Manyora urged the party to soften its decision, saying that the success of Raila is their success as well as that of the whole Western Region.

"DAP-K and other parties in Azimio must get to that gear that some people must step down for others if not then they will lose to those in UDA."

"At at now, DAP-K has no option that to surrender, the success of Raila is the success of Wamalwa and Wamunyinyi and others. They will need a space in Raila's government should he win the presidency."

The University of Nairobi lecturer's remarks comes at a time when a section of the DAP-K candidates have said that they were not going to abandon their bids in favour of those in ODM party, and that they will be on the ballot in August.

What Joho At KICC That Left Junet In Stitches- VIDEO