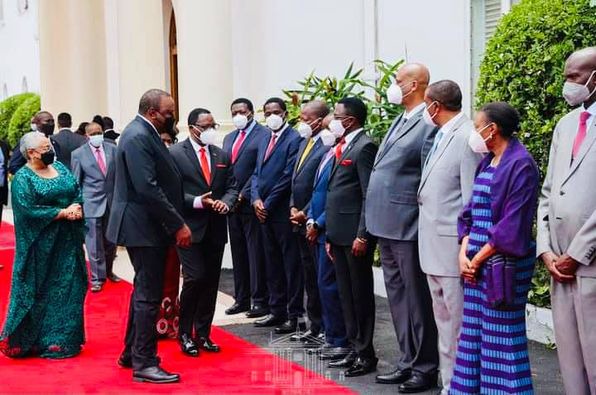 Monica Juma was among the few leaders who met Uhuru’s guest in the statehouse. She has continued to impress even after being shifted to another ministry away from the defense which she has been holding during the second term of President Uhuru Kenyatta’s administration. 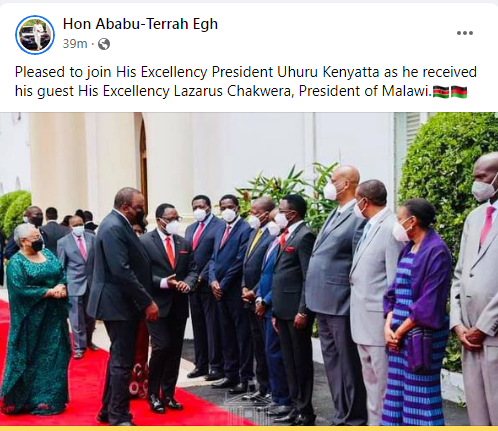 The meeting which happened at the statehouse saw several of Uhuru’s cabinet ministers attend the meeting and among them was Ababu na Mwamba who could not hold the joy of meeting the Malawian head of state who he termed as a relatable leader and full of wisdom.

Taking to his social media Ababu thanked the head of state for the opportunity he granted him and vowed to push forward with the agenda of his government as he continued to serve in his government. Ababu has remained silent with political commentators saying that he will be soon making a comeback in politics. He is yet to confirm nor deny.