Only One Mombasa MP Present As Raila Meets Gov. Abdulswamad And Several Leaders At County Offices.

By NewInKenya (self media writer) | 24 days ago

Former prime minister Raila Odinga is in his tour of the Mombasa County where he is expected to stay for a few days. The Azimio la Umoja-One Kenya Coalition Party leader arrived in Mombasa on Thursday, 5th January 2023 and was received by governor Abdulswamad Nassir. 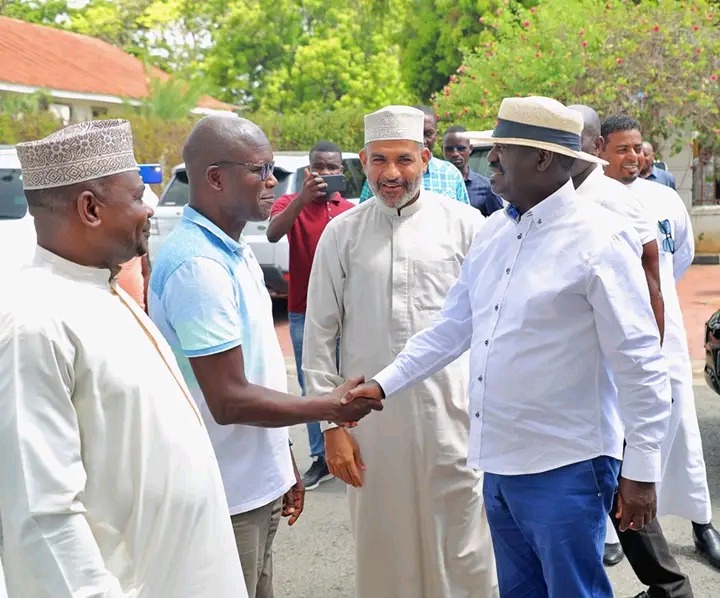 Today, the former prime minister was hosted by the governor at his offices for a consultative meeting. The meeting was attended by a few leaders despite the Orange Democratic Movement party bagging several seats in the August 2022 General elections.

Others in the meeting were Deputy governor Hon. Francis Thoya, the Speaker of the Mombasa County Assembly Ebrahim Khatri, the county Senator Hon. Mohamed Faki, and a number of members of the county assembly.

"Together with my Deputy Hon. @FrancisThoya001 the Speaker of the County Assembly of Mombasa @AharubKhatri, the Senator Hon. Mohamed Faki, Hon. Bady Twalib (Jomvu), the leadership of the County Assembly of Mombasa as well as the Honorable MCAs, we hosted our Party Leader H. E @RailaOdinga when he paid me a courtesy call at my office." The governor posted on his official social media pages.

Governor Abdulswamad stated that as a Governor elected on the platform of ODM, he is committed to delivering on the promise of a unified county.

It is not clear whether others were invited for the meeting and snubbed or there was no invitation. 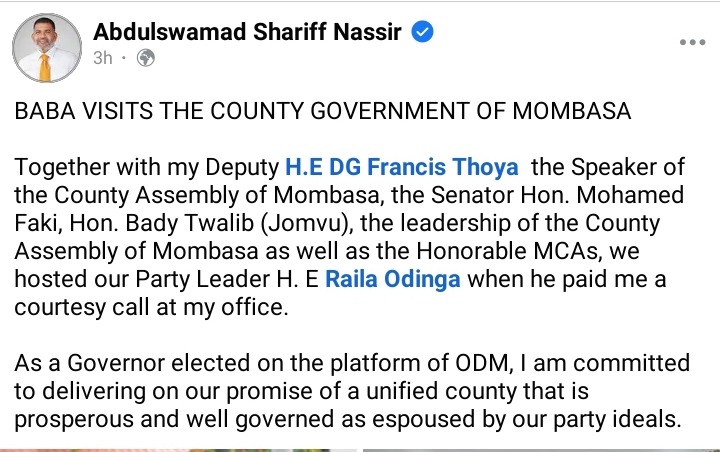