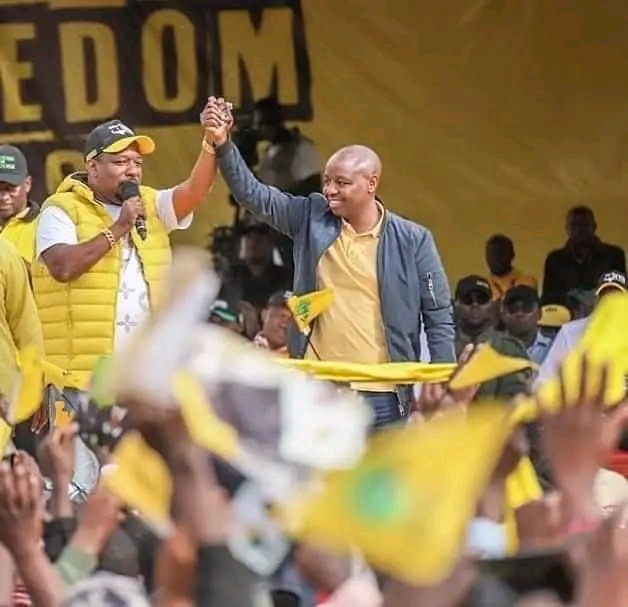 According According to him, all the three former Starehe members of Parliament; Bishop Margaret Wanjiru of UDA, Charles Kanyi Jaguar of UDA, and Maina Kamanda teamed up to block his win.

Taking to his social media pages, the EALA member of Parliament claimed that the three met the administration to plot against him alleging that he has a video of the meeting.

"All Former Starehe MP's united to fight me and steal my votes Kamanda, Wanjiru, and Jaguar. I have videos of your night meetings with the administration while crafting your evil plans" read part of his statement.

He claimed that Wanjiru has beef with him since he never supported his gubernatorial bid before UDA nominations and instead supported Sakaja. He alleged that Wanjiru was caught with marked ballot papers.

"Wanjiru has a beef with me because of refusing to support her Gubernatorial aspiration and Instead supporting Sakaja. She was was caught with marked Starehe ballot papers in a viral video which is in circulation." He alleged.

For Kamanda he claimed that his move to block his bid was informed by his hate for Ruto alleging that he mobilized all his Azimio people to the Jamuhuri tallying center to force a stranger who was not a returning officer to announce a winner.

"Jaguar who is a Gov mole, a bitter man who i defeated and humiliated in the nominations and agreed to go to EALA...has never supported me despite remaining in UDA." He claimed.

"His work was to sniff through photos of my meetings and call his former supporters who used to attend my meetings and tell them not to support me because he will be back in 2027" Mbugua added.

Dr Ekuru Sends Strong Message To Ruto and Rigathi As He Mourns His Sister Who Was Killed By Bandits.

Photos of Dorcas Rigathi, Together With Other Politicians As She Attends This Event in Laikipia.