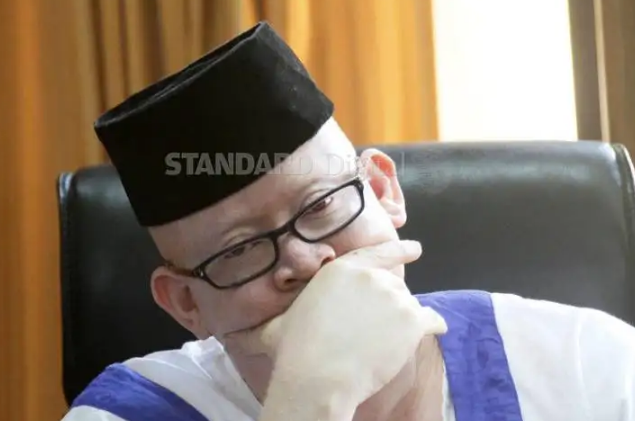 Nominated Senator Isaac Mwaura, on Wednesday, made a comeback to the Senate chambers months after being removed from the position by the Jubilee party.

Mwaura was ousted from the senate by Jubilee after the pasty s National Disciplinary Committee found him guilty of violating its constitution and contravening its code of conduct. He was later deregistered as a member of Jubilee by the Registrar of Political Parties.

Following his ouster, Jubilee nominated Sammy Leshore to replace him at the chambers.

The outspoken lawmaker, however, challenged the decision by the party to remove him from his senate as a nominated Senator at the High Court. As a result, the court halted Loshero’s swearing-in until the case is completed.

Last week, the court also quashed the decision by the Registrar of Political Parties to deregister Mwaura from Jubilee.

Justice Joseph Sergon noted that the Political Parties Disputes Tribunal proceedings show that Jubilee failed to establish how Mwaura was disloyal to the party.

The judge ruled that the tribunal made a mistake when it held that the party was justified to discipline Mwaura. He also set aside the decision of the Tribunal and substituted it with an order allowing Mwaura’s case.

Following the ruling, Senate Speaker Kenneth Lusaka readmitted Mwaura to the House noting that he was obligated by the court to allow him back.

“The High Court having quashed Gazette notice number 4597 by the Speaker of the Senate that declared a vacancy of a member elected through a party list, thereby removing senator (Dr) Isaac Mwaura as a senator,” Lusaka said.

“….and further the High Court has quashed gazette notice no. 4598 dated May 11, 2021, by the chairperson of IEBC which appointed Mr Sammy Prisa Leshore to replace Isaac Mwaura as a member of the senate representing PWDs, I therefore direct that Isaac Mwaura Maigua, CBS, MP, remains as Senator per the Constitution of Kenya and the Senate Standing Orders,” the speaker said. 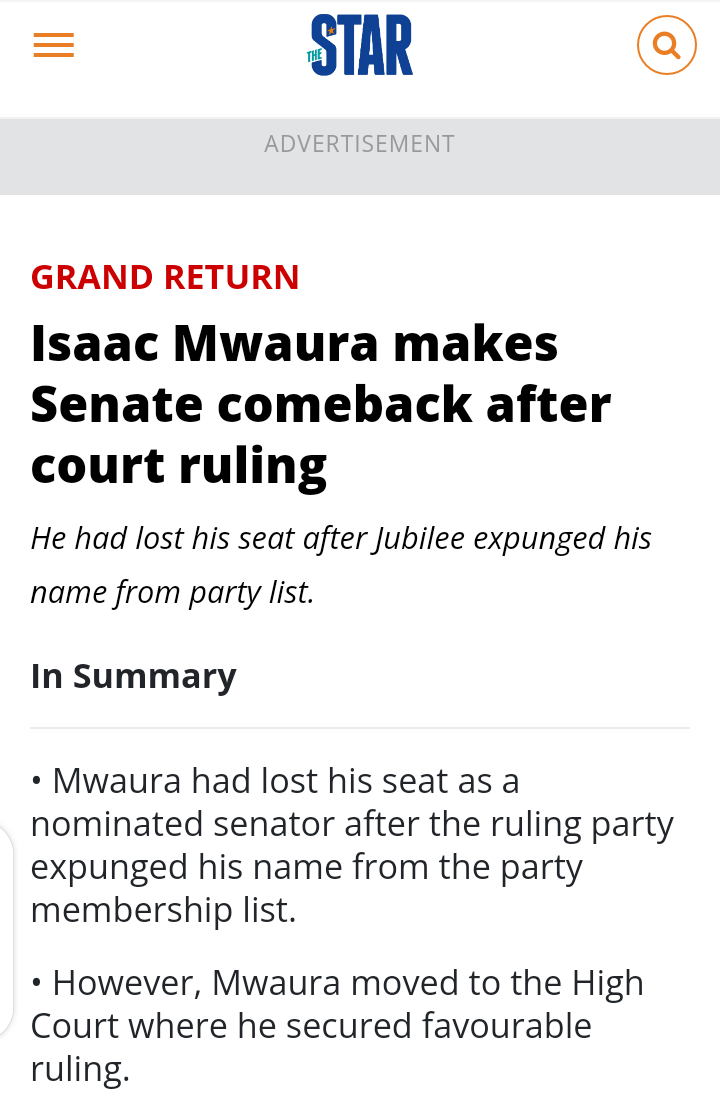