Itumbi Claimed the Jubilee leadership had planned for the National Delegates Conference but upon approaching the president, he Allegedly told them off citing that he is not aware of the said meeting and that he is not part of the plans.

The Hustler Nation Intelligence Bureau (HNIB) agents are reporting that President Kenyatta has dismissed the planned Jubilee National Delegates Conference (NDC) and said he is not aware of the meeting.

"Last week when HNIB updated that the State of the Nation had been slated for the same day, one Kanini Kega called the Speaker trying to confirm and asking what happens to the NDC.Jubilee Supremos spent the weekend trying to get the President on the matter.Once again, President Uhuru tells off the Kieleweke team trying to run matters at Jubilee." Itumbi Claimed.

Some Kenyans questioned Itumbi how the National Delegates Conference was planned without the knowledge of the president who is the party leader. Other claimed that the plans is isolate and weaken the Orange Democratic Party leader Raila Odinga.

Here are more reactions from kenyans on this matter. 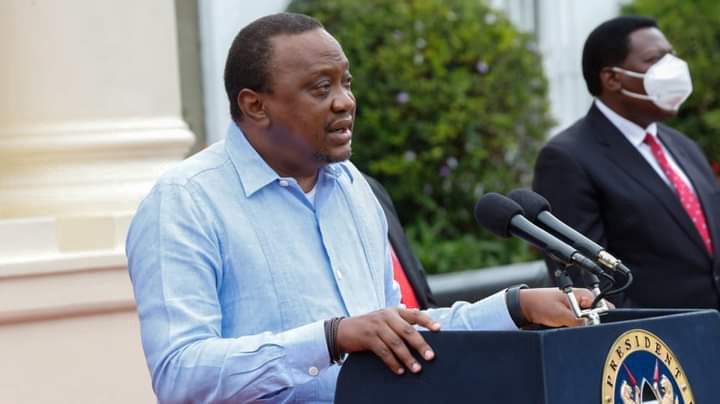 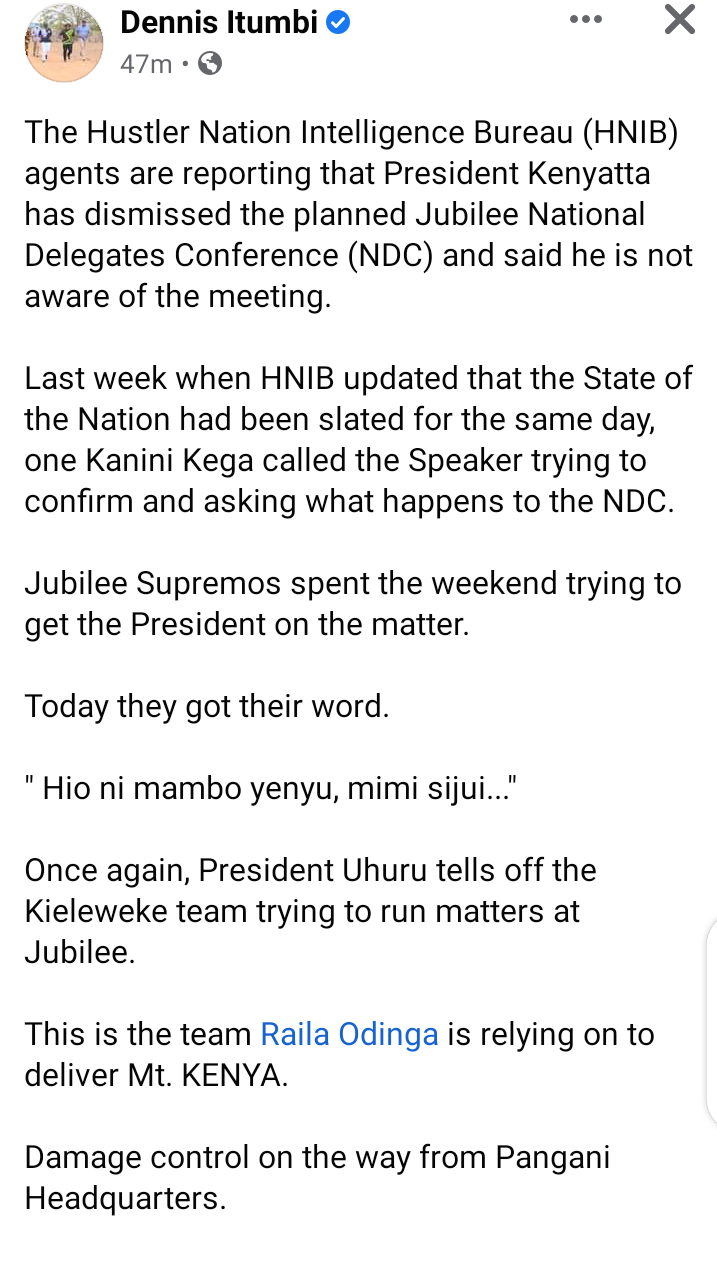