Deputy President William Ruto should be careful on how he conducts his politics or else he will not achieve his goals of winning the 2022 presidency, if he continues to emulate the political tactics used by ODM leader Raila Odinga in previous years. 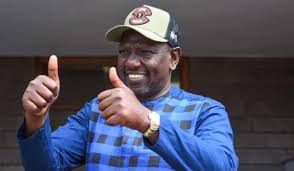 Mr Odinga had made mistakes for example when he began to rebel against the government when he was Prime Minister, and Dr Ruto may have repeating the same mistakes.

The mistake that Mr Odinga made is to start harassing Mzee Kibaki over power issues. He claimed exclusion or non-participation in certain government decisions. He lost patience. Today many people believe that Raila would be president becauseMzee Kibaki would support him after his retirement in 2013.

Political analysts say that Dr Ruto is Mr Odinga's 'political student' and that his methods of seeking prominence among Kenyans are closer to those of Mr Odinga. For example, they say Mr Odinga's political core is described as a rebellion against the current regime politics in the 90's. 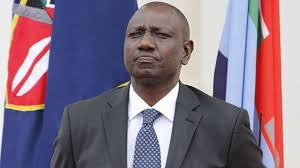 When he was prime minister in the Kibaki government, he sometimes complained that PNU ministers were not "obeying him" or were not involved in some government decisions.

Same case to Ruto right now who says he has been excluded and some of his responsibilities given to CS for interior Dr Fred Matiang’i. So Dr Ruto is following in Mr Odinga's footsteps.

These are two politicians who have been working together for a long time. Dr Ruto has defied President Kenyatta's directive not to campaign for 2022. He aims to create the concept of 'a child separated from his parent' in order to gain the sympathy of his supporters.

Mr Odinga has also accused Mzee Kibaki for betraying him together with his allies and the Mount Kenya region, despite his support for him in the 2002 elections, through the famous statement 'Kibaki Tosha.'