By ibramo (self media writer) | 11 months ago 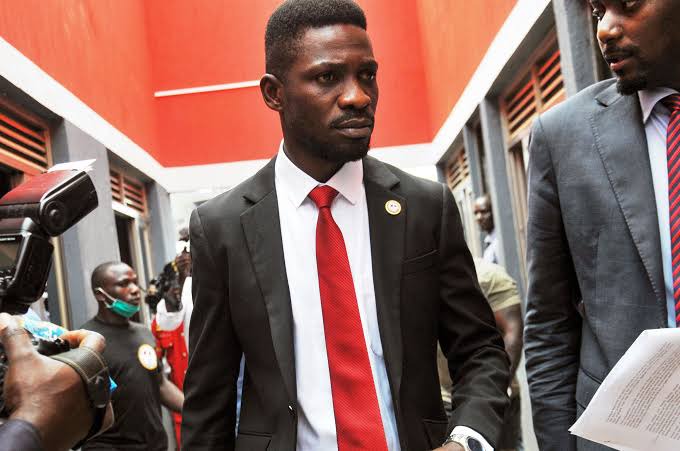 For the first time, Museveni was given sleepless nights by Robert Kyagulanyi also Known as Bobi Wine during the campaigns as Ugandans were preparing for the general elections. Though at long last Museveni won but the opposition refused the outcome citing that the elections were not free and fair.

Bobi Wine and his team decided to file a petition against President Yoweri Museveni in Supreme Court of Uganda. But according to NTV Uganda, Bobi Wine has decided to withdraw his petition alleging that the court belongs to Mr. Owing Dollo.

"We are withdrawing from the courts but we are not opting for violence. We are withdrawing the case from Mr Owiny Dollo's court - @NUP_Ug leader, Robert Kyagulanyi aka @HEBobiwine said as he announced the withdrawal of his petition." Tweeted by NTV Uganda. 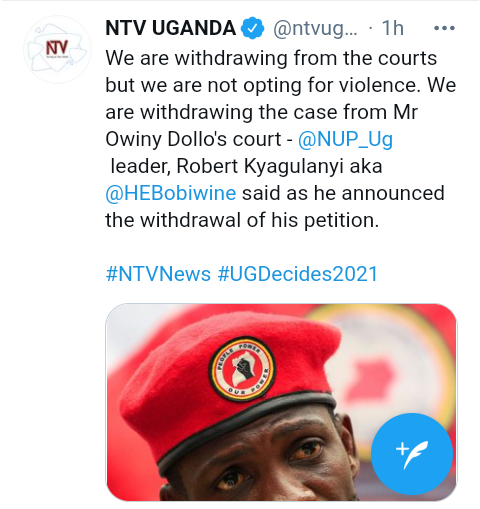 Political Parties With Their Number Of Followers On Facebook; Jubilee Leads As UDA Trails In Top 3

Why Musalia Might Declare His Support For Odinga Ahead of The 2022 Polls. (Opinion)