By Sebuleni (self media writer) | 1 month ago 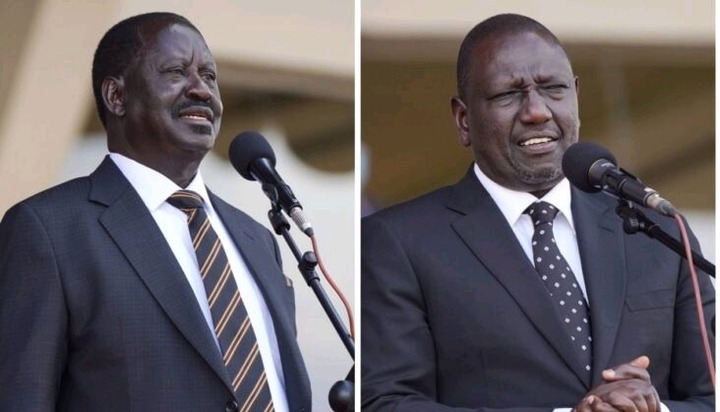 The Azimio Brigade insisted on figures in congress. While speaking at KICC today after Azimio's first caucus, Raila's running mate, Martha Karua, repeated her claim that Azimio has a number in Congress.

"Our numbers show that we command Congress. As I said last time, the Senate, our adversary is one step ahead, but we Congress." Martha Karua said. However, Azimio will be very disappointed to learn that 10 MPs elected as independents have joined the Kenya Kwanza Coalition. 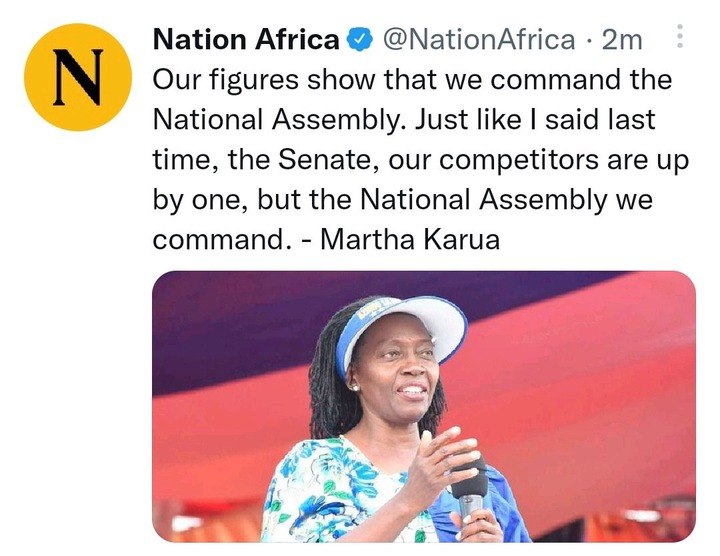 It was President-elect William Ruto who announced that 10 newly elected independents had joined his Kenya Kwanza coalition. This means that the KKA can still make decisions in parliament after having the support of 10 members of parliament.

In addition, the Kenya Kwanza Alliance leads the Senate with 24 seats while Azimio La Umoja One Kenya has 23 seats.

Content created and supplied by: Sebuleni (via Opera News )