By KenyanBites (self media writer) | 5 months ago

Francis Atwoli, secretary general of the Central Organization of Trade Unions, has rejected a viral photo of him at an airport as outdated. 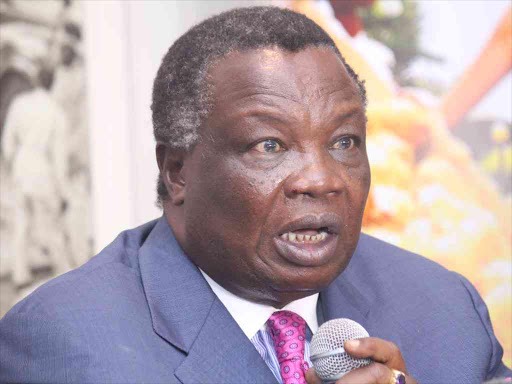 On Friday, the outspoken leader turned to Twitter to call out the phony social media news.

"Someone used my old photo from five years ago in Kuala Lumpur, Malaysia," he tweeted.

On Friday, the image was making the rounds on social media, with accusations that the provisional presidential election results had spooked him. 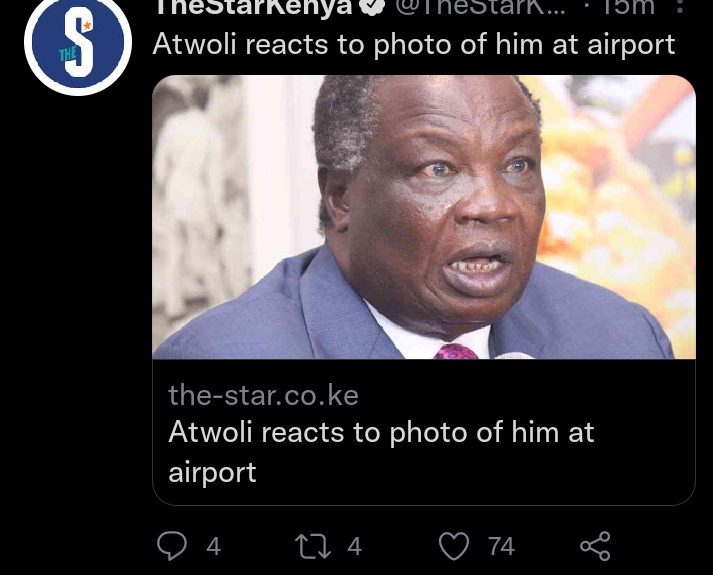 On June 29, at an Azimio gathering in Kakamega, Atwoli asked Luhyas to vote for Raila Odinga, the presidential candidate of the Azimio la Umoja Coalition.

He stated that if Kenya Kwanza contender William Ruto wins the election, he will not be at peace.

"Raila's victory will save my life because I would not have tranquility if Ruto wins," he stated. 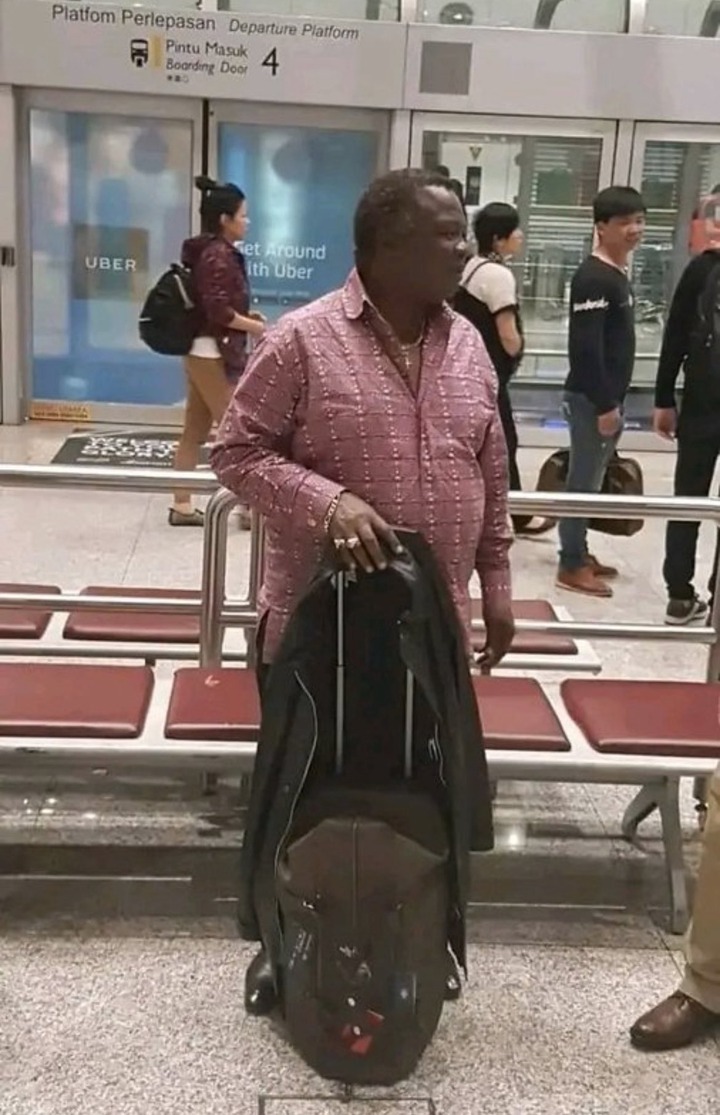 Since 2014, Atwoli has been vociferous in his opposition to Ruto's candidacy, alleging that the outgoing vice president lacks the integrity to be the country's top leader. 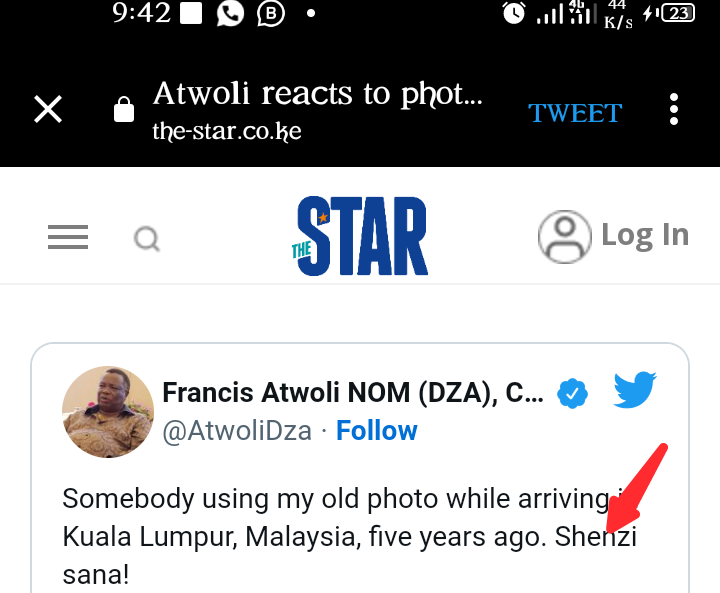 "Somebody using my old photo while arriving in Kuala Lumpur, Malaysia, five years ago. Shenzi sana!" Atwoli wrote in his twitter account.

Content created and supplied by: KenyanBites (via Opera News )