Kenya Kwanza Drags Azimio la Umoja To Court Because of This

Azimio La Umoja was charged with plotting to deregister United Democratic Alliance (UDA) as a political party by Farmers Party, a member of the Kenya Kwanza Coalition.

Irungu Nyakera, the party's chairperson, charged Azimio with conspiring to have UDA removed from the list of political parties in a statement dated Friday, September 30. In his statement, Nyakera noted that although the registration was due on July 14, 2022, Azimio was allegedly pressuring the Office of Registrar of Political Parties to delist UDA and Farmers Party for failing to register as data processors by June 25, 2021. 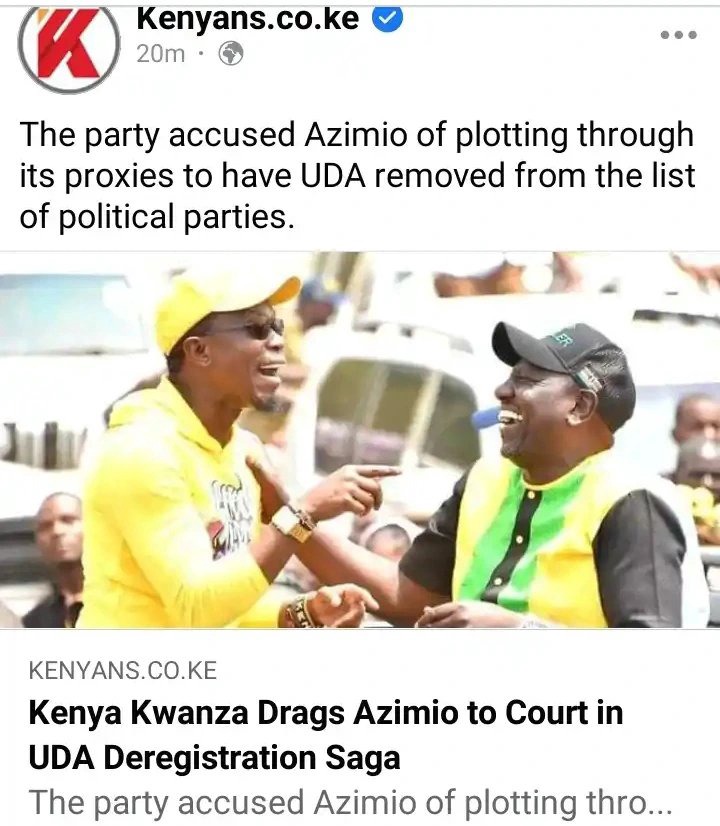 The lawsuit, according to the statement, "makes baseless charges and has not produced any admissible proof, pointing to a diabolical scheme by the opposition to destroy the Kenya Kwanza government by hook or by crook through frivolous legal maneuvers."

A few days before the National Assembly and Senate's inaugural sessions, where the two factions will compete for control of the majority, the claims are made. 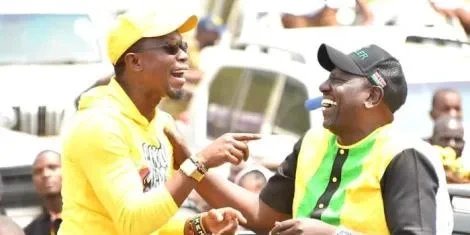 Azimio is one among the candidates already put up by a faction led by President William Ruto for posts in the two houses. Opiyo Wandayi, a Ugunja MP, was nominated by Azimio for the role of Leader of the Majority in the National Assembly as part of the lineup. Wandayi would be replaced by Robert Mbui.

Content created and supplied by: @TANI (via Opera News )