Kimani Wamatangi Admits UDA Won in Kiambaa, Alleges Mistake Made by IEBC That Might Nullify The Win

By @Milly (self media writer) | 2 months ago 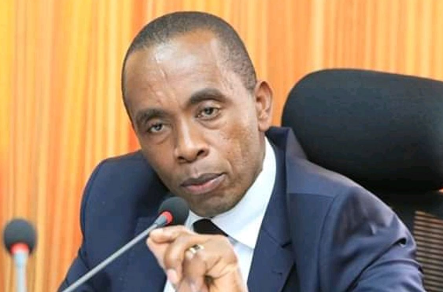 Admitting the UDA's win, Watangi stated that the best way to move on after an election is to settle and agree to the decision made by the people who went to the ballot and chose their preferred leader.

"... In whatever choice the people make when they cast their votes, is the choice that people must sit with since we are a democratic country," said Wamatangi. 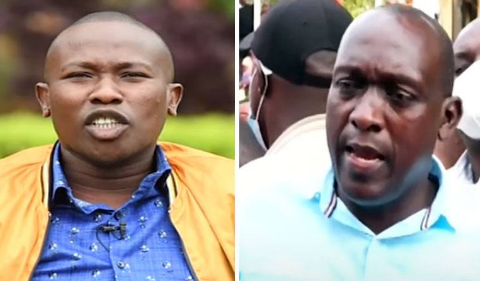 He however claimed that the electoral agency made mistakes by projecting 'contradicting' votes after the tally has been completed. He argued that for instance in a certain polling station with three streams, the tally showed that a candidate got similar votes in the three streams.

"It is extremely important for Wafula Chebukati and the two commissioners to come out and clear the air on what happened in Kiambaa. I have no problem with the choice my people made, but the numbers that started coming out in record that the IEBC released left me worried.." added Wamatangi.

His comment comes days after the party stated it would be moving to court to compel IEBC to recount the votes. 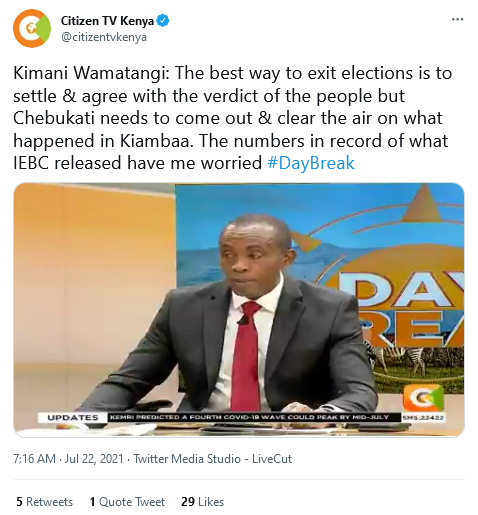