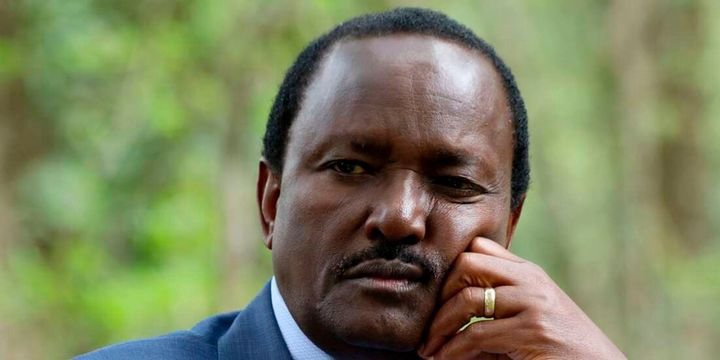 It is time for former Deputy President Kalonzo Musyoka to decide whether to run for president or re-join Raila Odinga's Azimio la Umoja One Kenya Coalition Party as he meets with Wiper officials and at least 500 aspirants to discuss the way forward today.

The meeting at Stoni Athi Resort in Machakos Province came after an election deadline for candidates to submit the required signatures to the commission to support their applications.

The Independent Electoral and Boundaries Commission (IEBC) has today set a deadline for presidential candidates to submit formally completed forms of supporters with the names, signatures, IDs or passport numbers of at least 2,000 registered voters in most constituencies. .

IEBC Chairman, Wafula Chebukati, said that, along with the candidates, they should submit the relevant copies of the voters' IDs that have submitted their signatures to support their nomination and the electronic list of supporters in the Microsoft Excel spreadsheet.

Yesterday, Mr Musyoka's supporters had been monitoring whether the Wiper leader had met the requirements but reassured the Nation that the party was set to become the Wiper to discuss the August elections. The party's deputy chairman Mutula Kilonzo Jnr said that although today's meeting was aimed at devising a way to win the Wiper, Azimio issues would also be discussed. 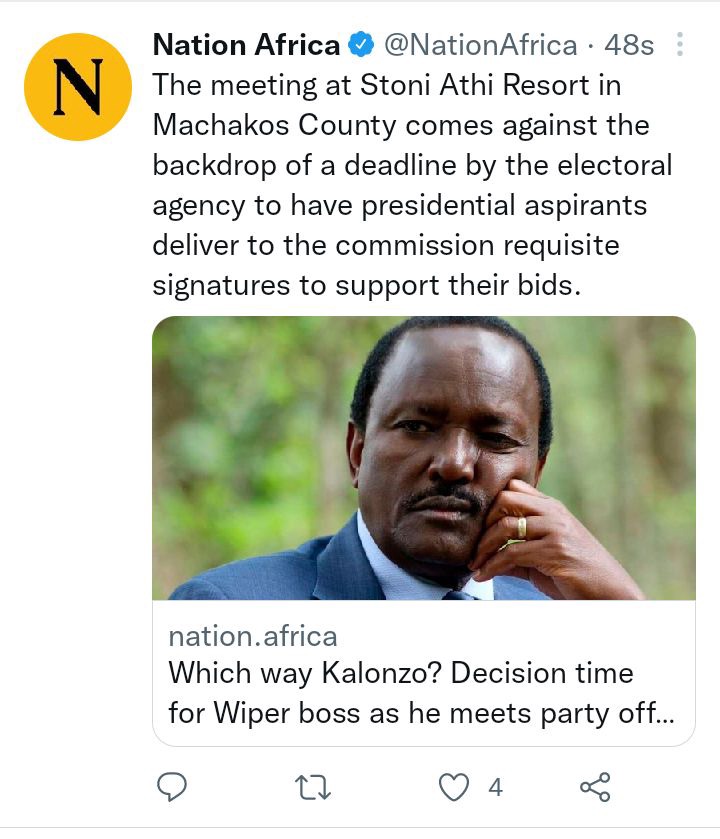 “We never met after the primaries. We need to integrate and develop strategies on how to prevent competition and the campaign process. I expect the Azimio news to be unveiled, ”said Mr Kilonzo when asked if the meeting would give Mr Musyoka a way forward in his bid for the presidency.

Correct Score, Over 2.5 Goals, Direct Win And Other Well Analysed Markets With 445.28 Odds To Win