The Azimio la Umoja One Kenya Alliance coalition is holding a mega rally in Narok today as they have been in a church for the morning prayers before heading to the tens of thousands capacity stadium. 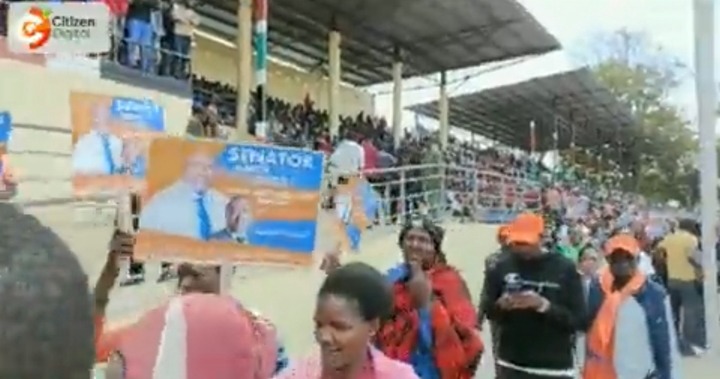 Narok County is seen as a stronghold of the Azimio la Umoja Movement but the Kenya Kwanza coalition has also been making significant gains in the area with hopes of dethroning Former Prime Minister Raila Odinga in the area.

The Kenya Kwanza brigade on the other hand, spent the better part of yesterday in Nyeri County and this afternoon, they are reported to be in Uasin Gishu County where they have camped for the past few hours.

Thousands of Kenyans can be seen entering the William Ole Ntimama Stadium in Narok County ahead of the mega rally that is expected to be graced by the Flagbearer of the Azimio la Umoja former Prime Minister Raila Odinga and his running mate, Martha Karua, together with the Senator of Narok, Ledama Ole Kina.

The Former Prime Minister is in the county to popularize his bid for the August 9th General Elections that will see him pitted against his closes rival, Deputy President William Ruto.

The stadium, which has a capacity of accommodating thousands of people, has received many people from the entire county who are there to have a glimpse of the Leader of Azimio la Umoja and his running mate. 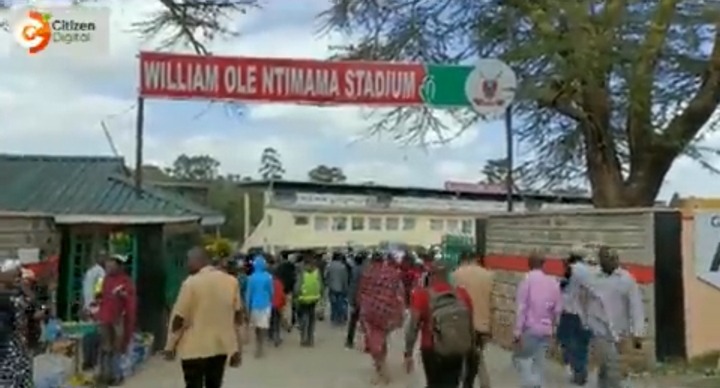