By SamMunyaka (self meida writer) | 25 days

A rare photo of Jaramogi Odinga Oginga and Jomo Kenyatta attending a national function in "akala" sandals has surfaced online. From the look of things, the photo might have been taken before Kenya got its independence. 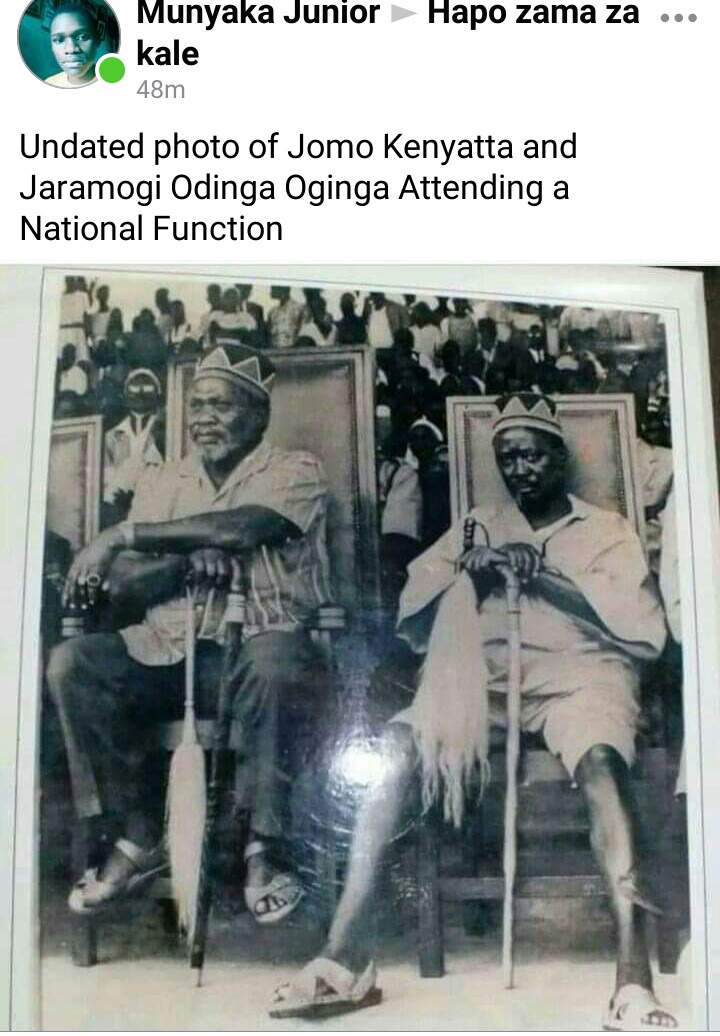 Jomo Kenyatta and Jaramogi Oginga were anti-colonial activists who played an instrumental role in the struggle for independence.

Jomo was among the Kapenguria Six incarcerated and charged with trying to topple the colonial government through Mau Mau rebellion in 1952.

Despite defending himself, he was found guilt and spent his days and nights behind bars at Lokitaung until 1959. He was transferred to Lodwar where he was released on 1961.

Upon his release in 1961, he was appointed as the president of KANU after which he became the first prime minister in 1963. 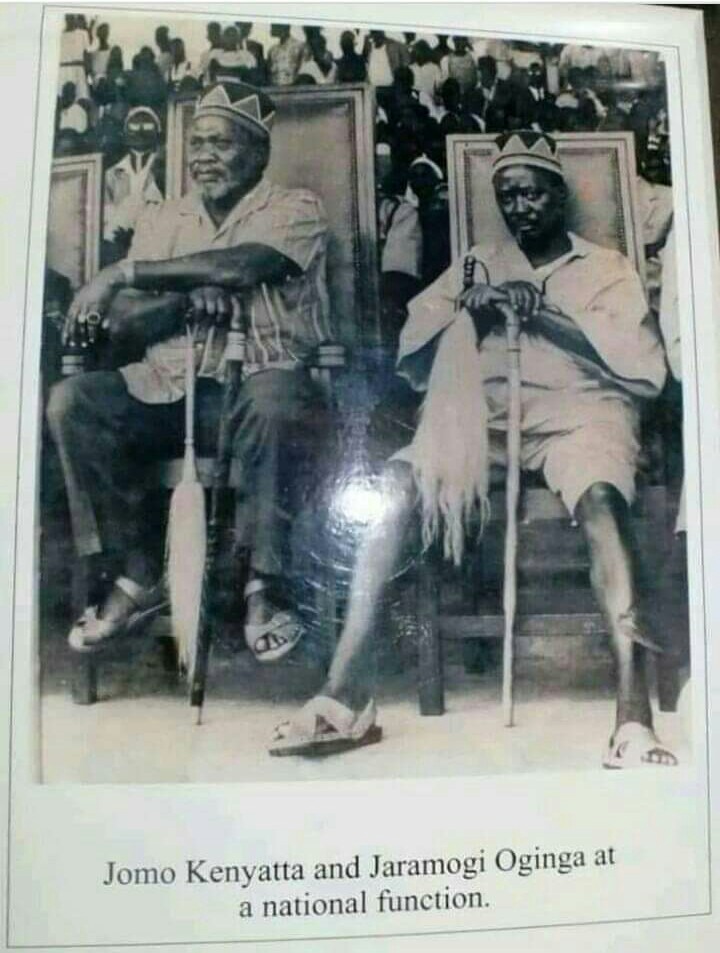 He led the country in fighting for independence and in 1964 he became the president of the republic of Kenya while Jaramogi as the vice president. The two later parted ways after being at loggerheads.

Israelis Should Understand The Bible And The Spiritual Warfare.

US Large-scale Paratrooper Drills in Estonia

Why Do We Need More Weapons And Weapon Manufacturing Plants If We Want World Peace?