Roots party Presidential running mate Justina Wamae has responded to Kenyans who claimed that she is defending the President Elect, honorable William Ruto because she wants to be employed in the government of William Ruto. 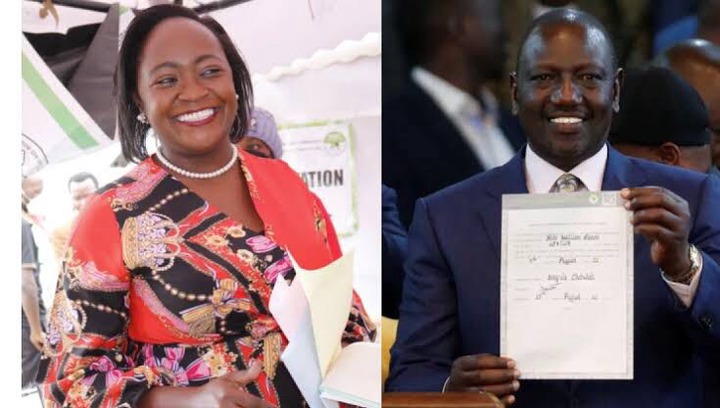 In a news report that has been shared by a reliable source of information, it has been revealed that Wamae claimed that the elections were not Rigged stating that the deputy president of Kenya who is the current President elect won fairly.

According to the reports given by Wamae, he claimed that it is so unfortunate that most people who are allied to the former prime Minister of Kenya and Orange Democratic Movement party leader, honorable Raila Odinga don't want to believe it despite the fact that it's true.

According to the reports given by Justina, she claimed that it is so unfortunate that she is being attacked for speaking her mind despite the fact that this is a free country.

While reacting to her remarks, kenyans who took to their different social media accounts to express their opinions and suggestions on the matter have congratulated her for being open about it due to the fact that she is being honest on what she wants. 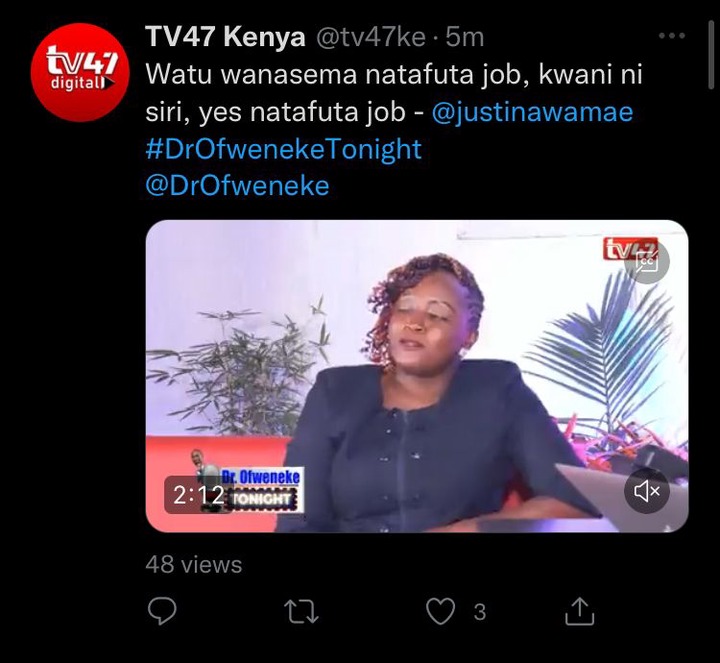 Revealed: How State Will Deal With Defaulters Of Hustler Fund