By TimingNowKE (self meida writer) | 3 days 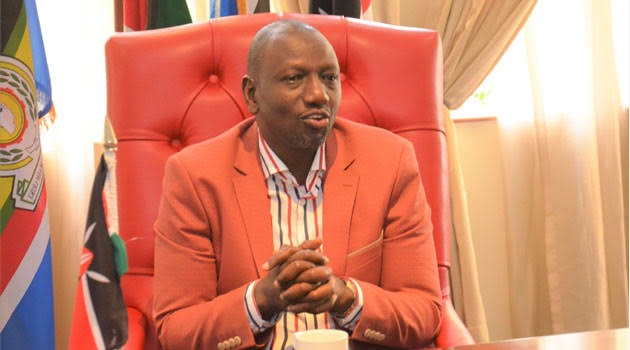 Ruto has said the Opposition party has been part of the running of Jubilee government for the past three years using the Handshake.

The second in command who has been a bitter rival of the former prime minister Raila Odinga, has asked ODM to ask forgiveness from the Kenyans as they took over the government from jubilee.

Ruto has said that they were on the forefront to ensure that the economy of the country improves but ODM led by Raila came in and disrupted the housing program, Universal health coverage among other programs.

The second in command has asked the party and Raila Odinga to seek for forgiveness before they start talk with them.

The DP said he is not bothered by the ongoing political realignments.

Ruto was speaking in Machakos town on Wednesday during a meeting with small-scale traders from the county.

He said his focus was how to improve the lives of the majority of Kenya.

"We wanted to ensure that the economy has been improved. ODM came and disrupted the housing program, the universal health coverage and others... They pushed their way through the government into the handshake, they took over committees of parliament ,they took over the running of the government... "Ruto says. 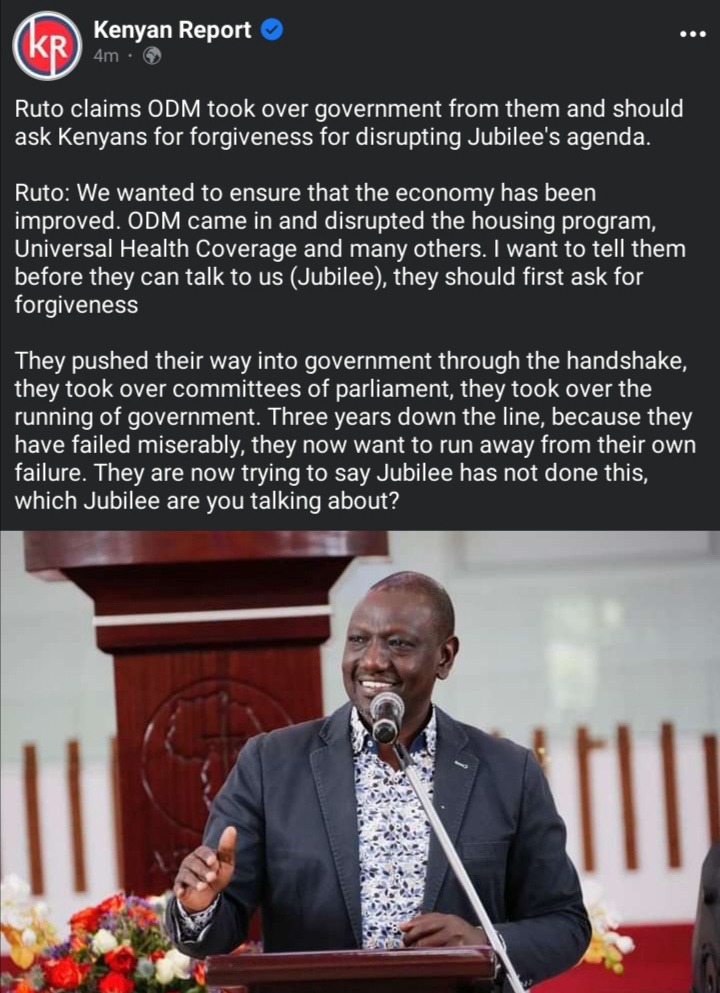 These remarks by the deputy president have however been not met well with a section of Kenyans who have roasted him.

Most have criticized him of making the allegations despite being the second in command in the country.

Here are a sample of the reactions; 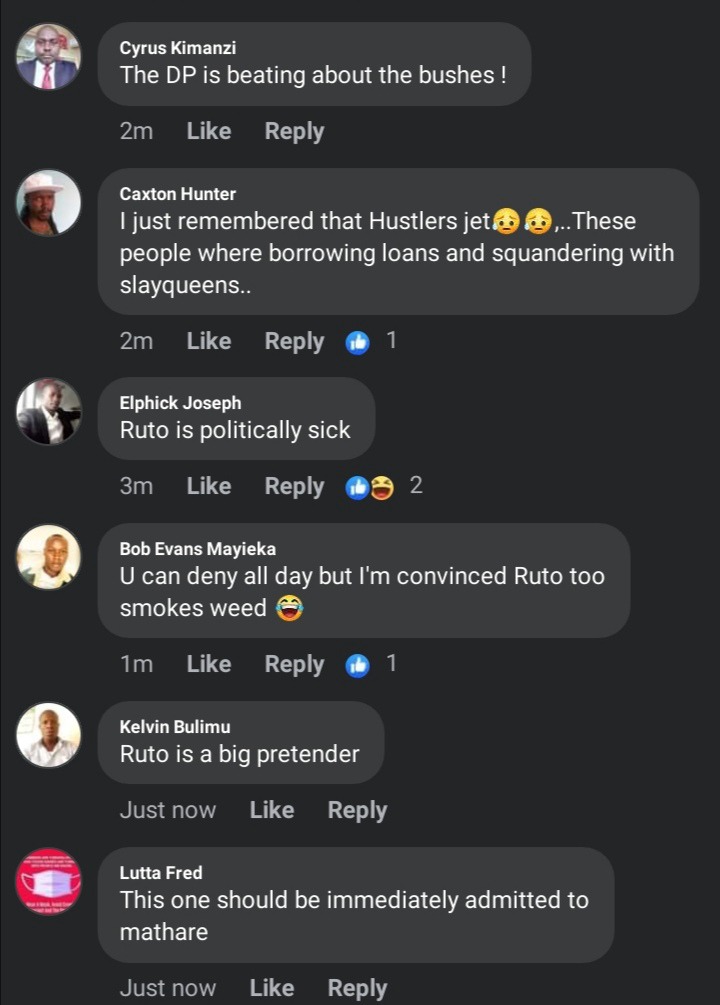 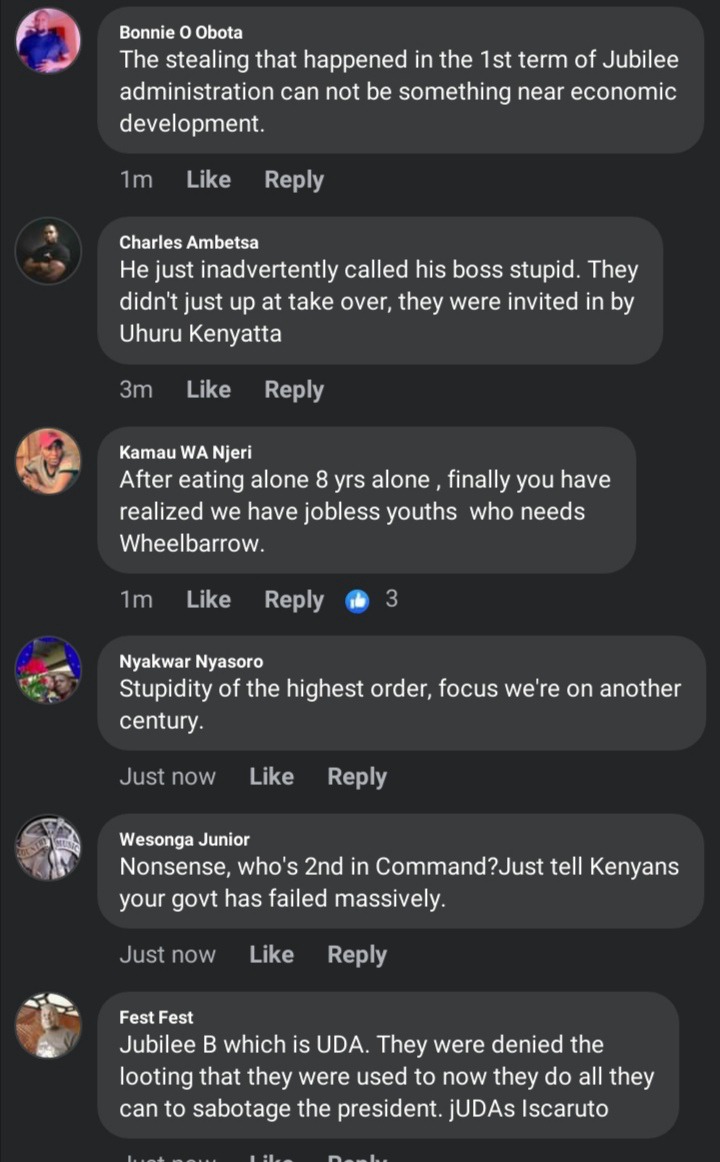 Double Tragedy, Man Stabbed To Death In Kisumu Funeral As Prominent Politicians Did This

Have You Ever Missed To File Your Returns? Apply And Enjoy 100% Waiver