By Trademark01News (self media writer) | 11 days ago

The 'Kieleweke' Member of Parliament, who is also a close ally to President Uhuru Kenyatta ignited a hot debate online when he posted this over the Pandora paper Exposé over the families in the world owning billions of dollars offshore. According to his recent post, he said there are 5 interesting things that they learnt from the Pandora's box. 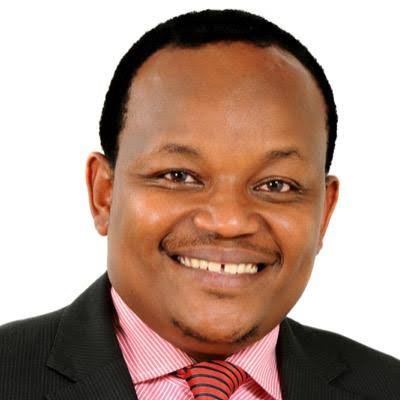 He stated that the first thing is that Uhuru Kenyatta and his family are above average wealthy, and they have been like that for several decades ago. Again, he he said Uhuru is not running for any political seat in the next poll.

Thirdly, he reaffirmed that Uhuru Kenyatta is the current President of the Republic of Kenya and his administration is in charge of the Government, and political establishment that will be in place until after the next elections. Perhaps, he added that he has a political capacity in terms of money to effect how a large section of Mt Kenya- outside social media- will vote in 2022; if he chooses.

Fifthly, he maintained that Uhuru Kenyatta knows amongst those running for president wishes Kenya well- and who doesn't. 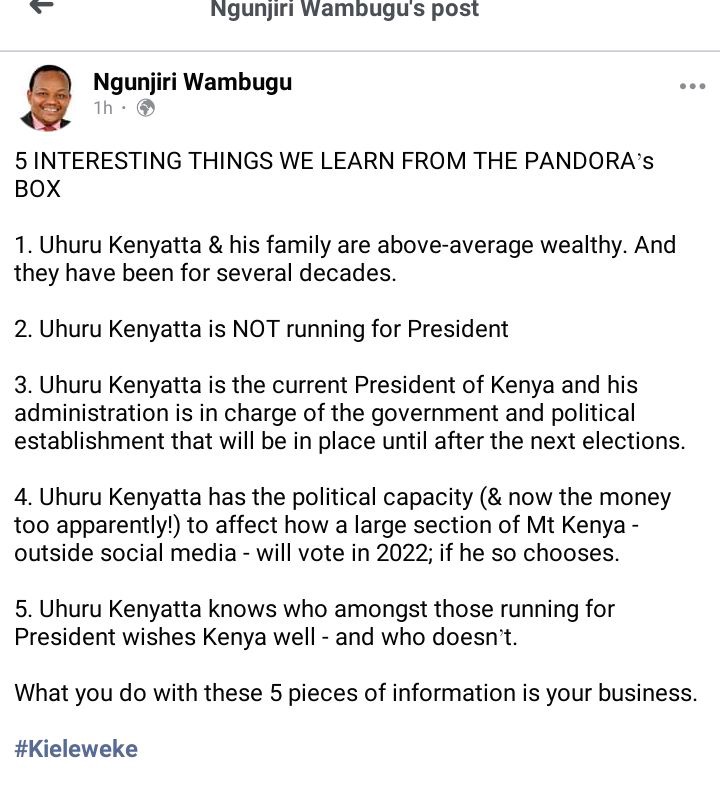 His post attracted several comments from Kenyans, majority of them criticized him for saying Uhuru Kenyatta has the political power to decide for kenyans who will be their next President. These are some of their reactions: 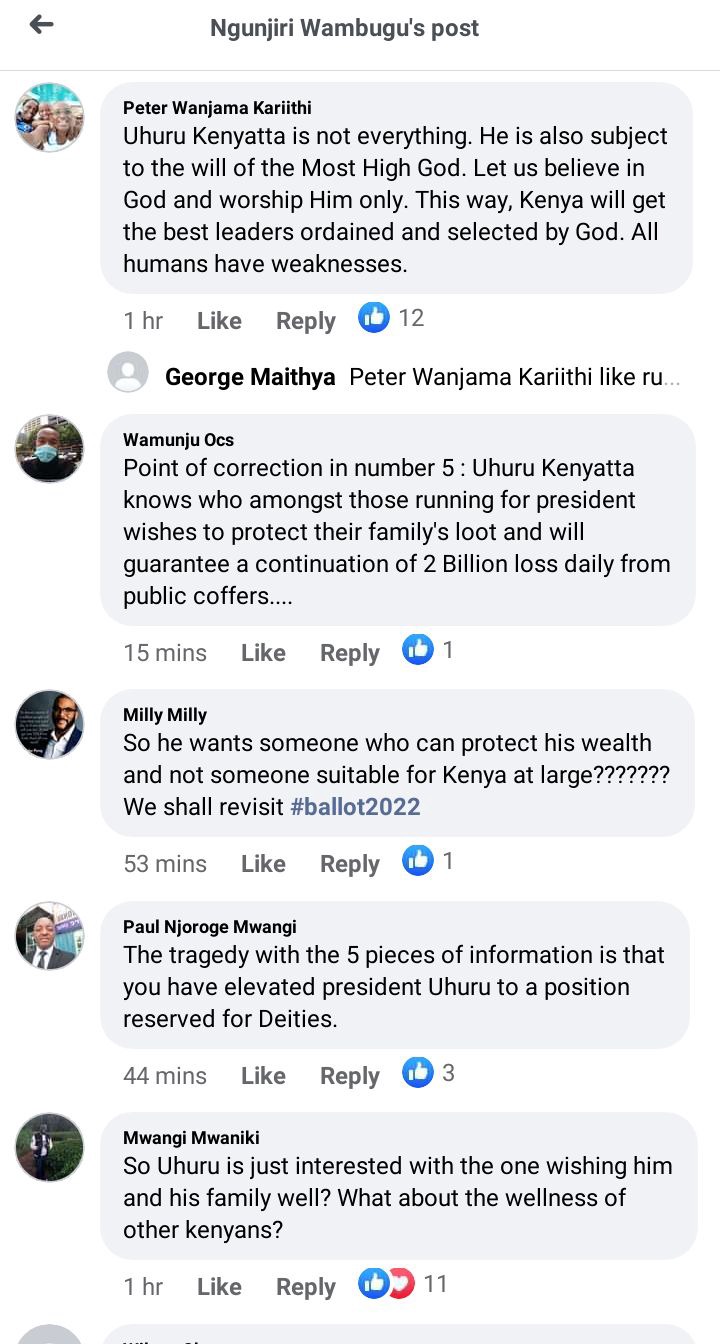 State House Reportedly In Panic After Polls Show Ruto is Likely to be Next President, Makes Offer

Raila's Insider Drops A Bombshell, Says What Both Raila And Ruto Must Become In 2022