Another former member of parliament who received a warning from DP Ruto about what would happen to Kenyans if they elected him as their country's future president has been named by Jubilee Vice Chairman David Murathe. 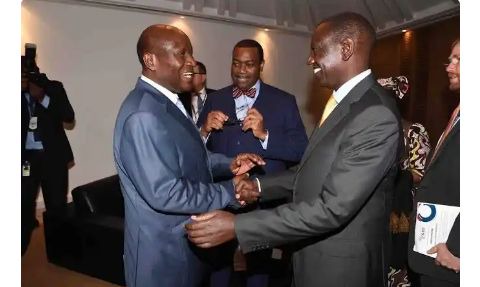 David Murathe said in an interview with K24 that DP Ruto's alleged plans to slap President Uhuru are nothing new and that Hon. Reuben Chesire, a former member of parliament for Eldoret North, is on record describing how DP Ruto punched him at the statehouse.

Kenyans must be aware of the leader they are dealing with, it is continued.

"Reuben Chesire, who was old enough to be his father, was slapped by Ruto in the face. He was unrepentant and added that he would smack Uhuru Kenyatta. If he can have such a thinking, that tells you who you are dealing with "According to David Murathe.

According to Murathe, DP Ruto will rule Kenya as an autocrat if the country's citizens do not exercise caution. He will begin by implementing the Constitution by eliminating the term limit and claiming that, "For power, Ruto is willing to sacrifice his life. What will happen when the man is defeated terrifies me much. He won't give in, that much you can be certain of."